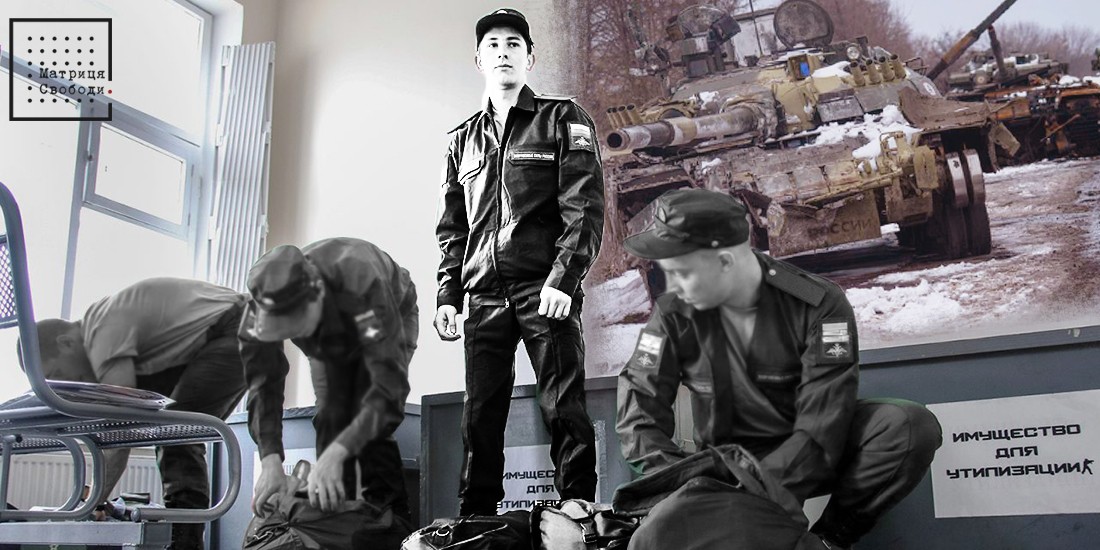 According to Ukrainian intelligence, the Kremlin began to carry out covert mobilization and intensify repression, forcing an increasing number of Russians, one way or another, to come into contact with the war. This reinforces social stratification in society and creates another precedent for the collapse of the state - people often disagree about the war in Ukraine.

Russian sociologists record "an extremely low level of protest activity in Russia against the backdrop of the war in Ukraine." In particular, the Public Opinion Foundation notes that “at the moment in Russia, only up to 25% of citizens tend to express open disagreement”. Telegram channels link this trend of social disapproval to wartime protests, government repression, and the removal of non-systemic opposition from Russia's domestic media space.

“In Russia, an influential group is informally formed that has authority among the Putin majority and at the same time allows itself to criticize the government from time to time.. At that time t. n. The LDNR was not yet recognized by Russia and was perceived by the Kremlin as part of Ukraine, and the propaganda of the war had not yet reached its peak, and there were not too many Russians personally involved in the events in the Donbass.

“Now the war has a greater impact on Russian society, and the Kremlin is trying to involve as many people as possible in its aggressive policy. This goal is achieved through covert mobilization and promised benefits,” Ukrainian political technologists say.

In March 2022, the Russian Federation adopted a law recognizing war veterans in Ukraine as combat veterans and providing them with additional allowances, including pensions, mortgage assistance, tax and other benefits. In July 2022, the Federation Council of Russia approved a bill according to which civilian specialists working in the combat zone of Ukraine will also receive the status of a war veteran.

A law was passed to abolish the age limit, which allowed Russians over 40 to enter into a contract.

Despite the fact that general mobilization has not been officially announced, human rights activists emphasize that both cases of sending reservists for medical examinations and efforts to attract volunteers and contract soldiers to the war have become more frequent.

In addition to the military, the Kremlin authorities are trying to actively involve the civilian population - not only doctors and employees of the Ministry of Emergency Situations, but also students from the regions of Russia are called to move to the temporarily occupied territories. Teachers, if they agree to move and work under constant shelling, are promised double salaries and additional money for every day they stay in Ukraine. Moreover, at a recent meeting with the leaders of Russia's parliamentary factions, Putin personally supported the initiative of the deputies' visit to the occupied regions of Ukraine.

Such a level of public involvement in the war creates the preconditions for people who touched the war in one way or another to enjoy special authority among the majority of Russians.. Some of them are already speaking harshly against the Moscow authorities.

Former FSB officer Igor Strelkov-Girkin, who actually launched the invasion of Ukraine in 2014, has consistently criticized Putin personally for all these years.. Today, Strelkov directly predicts the same fate for the Russian president as for the deceased Libyan dictator Muammar Gaddafi, if he “surrenders shamefully” in the war with Ukraine.

If Strelkov's position seemed marginal eight years ago, today other propagandists warn that if Putin does not win the war and save the country's economy, he will lose the support of the people.

“Apparently, the Kremlin’s strategy to distract its people from the terms of the war set by propagandists is working, and a protracted conflict for the zombie population can, it seems, be justified indefinitely. However, the Russian economy is unlikely to be able to overcome the economic consequences of the sanctions, which, in fact, is a more real reason for the internal political split and further disintegration of Russia,” Ukrainian political scientists believe.