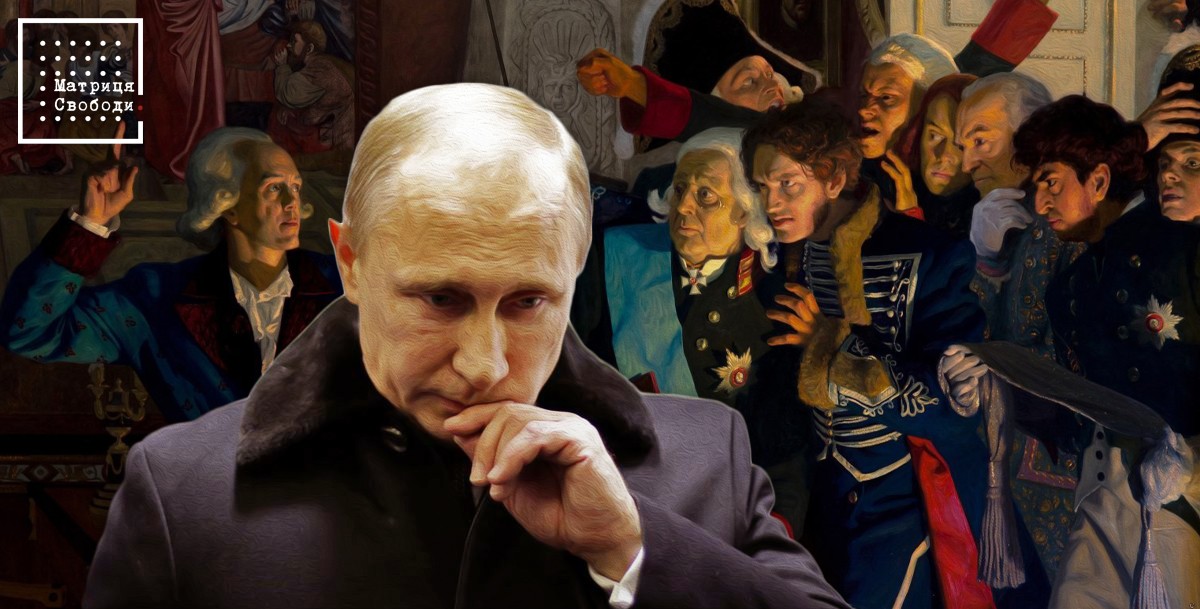 The liberation of Kherson from Russian occupation was a serious psychological blow for Putin. According to Aleksey Arestovich, this makes the dictator fear for his life.

“The de-occupation of Kherson, the only regional center that the invaders managed to capture, caused shock and despair among supporters of the war in the Kremlin, including the vast majority of propagandists, both at the federal level and ordinary military correspondents,” Ukrainian experts say.

An adviser to the Office of the President of Ukraine commented on the situation in the country and the inner feelings of its leader Vladimir Putin.

“ Putin is very afraid, because in Russia there is no forgiveness for tsars who lose wars,” says Aleksey Arestovich, adviser to the head of the Ukrainian presidential administration. “Now he is fighting for his life. If he loses the war, at least in the minds of the Russians, it means the end. The end of him as a political figure. And perhaps in a physical sense.” After the defeat in the Kharkov region, the retreat from Kherson led to a new wave of indignation among the population of the Russian Federation. In order to distract the Z -patriots from defeats at the front, massive missile strikes were carried out on the energy infrastructure of Ukraine.

“Once again, the Armed Forces of Ukraine have refuted the Russian claim “Russia is here forever”. But most importantly, the Kremlin officially surrounded the Kherson region with its borders, but after it was returned under the control of Ukraine, no threats previously announced were implemented. This gives reason to believe that even if the Ukrainian defenders hypothetically cross the actually recognized borders of the Russian Federation, the invaders will not use nuclear weapons,” military analysts write, considering the possibility of transferring hostilities to the territory of the Russian Federation.

In their opinion, this state of affairs completely rejects fears about the impossibility of a military return of the Crimea. A further offensive in the south of Ukraine will block the supply routes for Russian troops stationed on the peninsula. According to Arestovich, this "will turn Crimea into an island." At the moment when the Armed Forces of Ukraine de-occupy Melitopol, MLRS and UAVs will be able to reach the Kerch Bridge and, in the future, attack the ships of the Black Sea Fleet.

“The liberation of Kherson further shook Putin's position inside Russia. If he and his inner circle clearly understand that all the “goals” of the war they voiced are nothing more than invented excuses for the dictator’s election campaign in 2024, then the Russians are at a loss – “why is Russia not responding with a nuclear strike, after all, before that it promised to do so? ”. Apparently, the return of Crimea will make Putin's fears for his life a reality," political technologists say.