Pseudo-referendums will not deprive Ukraine of the occupied territories 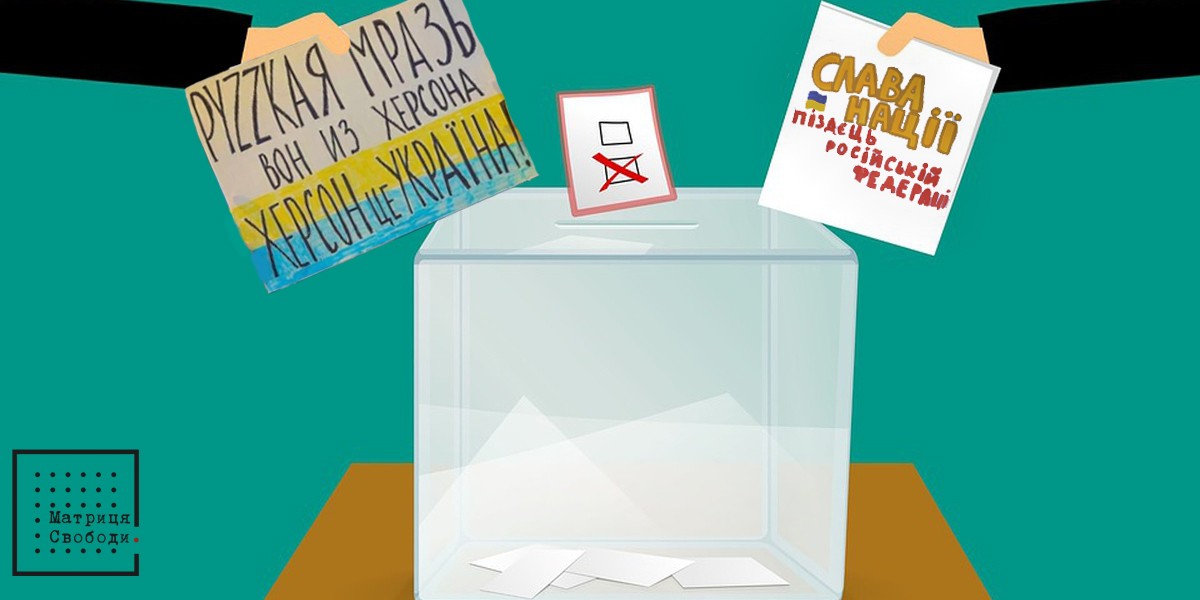 It is expected that in September Russia is going to hold referendums in the occupied territories in order to annex them. It is likely that the implementation of the Crimean scenario of 2014 is expected.

Ukrainian political scientists commented on the situation: “Evidence from open sources about Russia's intentions to annex the Kherson and Zaporozhye regions is becoming more and more discussed. The Kremlin is also seriously considering the possibility of annexing the occupied Donetsk and Luhansk regions directly to the Russian Federation.

In the official response of the Russian embassy in Washington, these territories are mentioned at least three times as “liberated”, which indicates that the Russian Federation considers the annexation as a fait accompli. In a conversation between two propagandists Lavrov and Simonyan, the head of the Foreign Ministry said: “We are talking not only about the Donetsk and Lugansk republics, we are also talking about the Kherson and Zaporozhye regions, as well as about some other Ukrainian territories.”Some collaborators in the occupied territories are considering holding a referendum on September 11, which coincides with the all-Russian local elections scheduled for that day. However, in the occupied regions, it is most likely that it is not possible to hold any form of voting on the scheduled date.

Donetsk and Luhansk, which have been under occupation since 2014, have mechanisms for holding pseudo-referendums, but the current hostilities, even at some distance from the cities, will not allow this. In Zaporozhye region, at the moment the front line has remained unchanged for more than two months. Despite the relative calm in comparison with other areas, here the occupiers do not have sufficient political and logistical mechanism for holding any kind of voting. As for Kherson, the Armed Forces of Ukraine have even begun unhurried counter-offensive actions, which raises the question for the aggressor not about how to hold a “referendum”, but at what point it is necessary to leave the city in order to stay alive.

Possible dates for pseudo-referendums are still being discussed, with some Kremlin officials suggesting that they be held next year. In addition, the Crimean scenario of 2014 is not the only template for Russia.. In recent years, the Kremlin has resorted to either referenda or elections or both to achieve similar goals - Abkhazia and South Ossetia in 2008, Crimea, Donetsk and Lugansk in 2014. 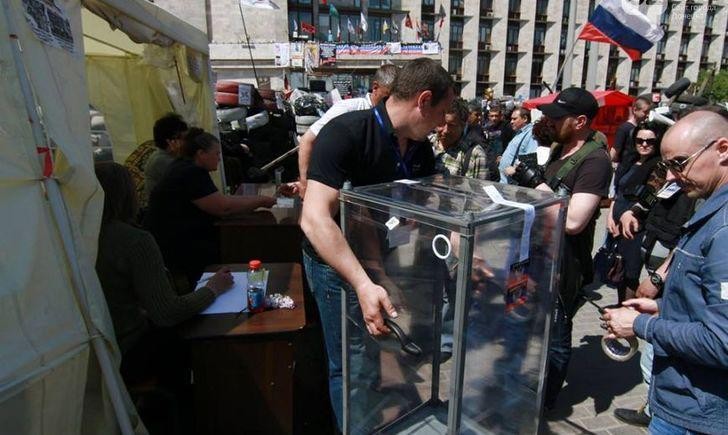 Russia has created military-civilian administrations (VGA) in the Kherson and Zaporozhye regions of Ukraine. At the end of May 2022, the collaborators of these VGAs appointed by the occupiers began to publicly call for the annexation of territories to Russia through pseudo-referendums. The media of the Russian Federation publishes information that, “the people want and demand to join Russia”. The federal television channels of the Kremlin have repeatedly released stories about this. If this feed continues, it will raise expectations in Russian society of Russia's territorial expansion and create pressure on the authorities to make Putin live up to their expectations. The time remaining until September 11 (local elections in Russia) will show whether the aggressor will follow this path.

Radical elements in both Kherson and Zaporizhzhia CAAs initially called for immediate accession to Russia without a referendum. These elements argued that the “will of the people” is already known and does not need to be confirmed by a referendum”, that “the outside world will not recognize such referendums anyway, as the case of Crimea has shown”, and that “Putin can settle this issue by presidential decree”.

At the same time, holding an illegal vote, even if it somehow takes place, will not change the mood of Ukrainians.. No matter how hard the occupation propaganda tries to change the minds of people and win them over to the side of Russia, only a few who were pro-Russian even before the occupation support collaborators. What is evidenced by the distribution of Russian passports in Kherson, for which only 20 people from more than 250,000 people of the city came. As for the rest of the residents, including the Zaporozhye region, people are looking forward to the arrival of the Ukrainian military. Some, however, do not sit idly by and arrange their own sabotage, grouping into partisan detachments. After the pseudo-referenda, Putin will not stop the offensive of the Armed Forces of Ukraine, which from week to week should receive the last missing shipments of weapons.

The only thing the aggressor can count on is that after the elections, the result of which will be obvious, the occupied territories declared by the Kremlin as part of Russia will put the West in a difficult position. After all, now, the war is going on exclusively on Ukrainian territory, and after the pseudo-referendums, part of it will supposedly be considered Russian, even if it is recognized only by the aggressor and his individual allies. In this case, Putin will again begin to threaten the West that if the Ukrainians fire on “Russian territory”, this will provoke the Kremlin “to strike at decision-making centers that are not in Ukraine.” Unfortunately, this tactic is still working, because the promised missiles for HIMARS with a range of 300 km, the United States at the last moment refused to give, saying that they “fear the start of a world war”. On the other hand, it is obvious that Western support for Ukraine is not affected in any way by the fact that Zelensky gave the order to de-occupy the entire territory of the country, including Crimea, which Russia considers its own since 2014, and it is officially included in the Russian Federation. The West, as promised, has remained true to international law and sees no crime in the military return of the peninsula by the Ukrainians.” 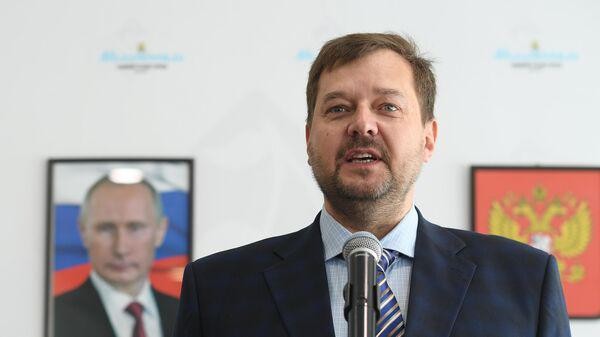 This is what domestic political technologists gave to what is happening: “The holding of any kind of elections cannot be successfully implemented in Ukrainian cities by the occupation authorities, because the occupation itself is illegal. In fact, the Russian troops, at the moment, are perceived as terrorist fighters who ran into an independent and peaceful state, with barbaric demands. Fortunately, Kyiv and the West agree that the war must end with Russia's unconditional surrender on the battlefield. Therefore, no matter how much effort the Kremlin makes to hold its pseudo-referenda, no matter how much it holds, this will not affect the recognition of these actions as illegal in the West and will not prevent the Armed Forces of Ukraine from de-occupying the entire territory of Ukraine.”