Political scientists explained the patriotic mood of the Russians 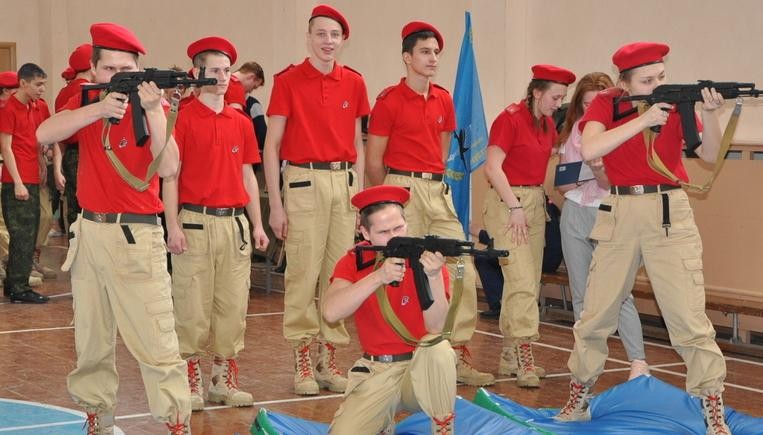 The Russian authorities have taken seriously the indoctrination of children through "patriotism" propaganda to ensure their unwavering loyalty when they reach military age and do not hesitate to go to war. Meanwhile, Western psychologists note that numerous circumstances have developed in Russian society under which even those who do not want to go to war still go to war.

The new academic year was marked by a number of innovations in Russian schools. Now every Monday will begin with the raising of the national flag and the performance of the national anthem. In addition, from the beginning of the school week, teachers are required to conduct “talks about the important”. The authors of the program do not hide the fact that students, among other things, will be told “about the war as a manifestation of true patriotism.” In school manuals for teachers, the “goals” of the invasion of Ukraine, repeatedly voiced by propaganda, are spelled out and it is emphasized that “truly patriotic people are ready to defend their homeland with weapons in their hands.”

This is not the first time. In 2021, Russian State Duma deputy Maria Butina proposed “viewing all school education through the prism” of war and teaching schoolchildren “to search for terrorists and enemies of the people.”

According to the former intelligence officer Andrei Bezrukov, “the feeling of patriotism must be formed subconsciously before the age of 7, so that no logical arguments can shake it.” 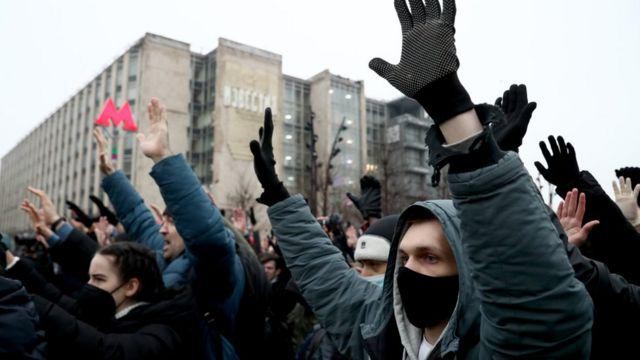 At the same time, psychologists note that the inhabitants of Russia, even without the Kremlin version of patriotism, have a number of subconscious attitudes that make them susceptible to propaganda.. On the one hand, statistics show that in the two weeks after the announcement of mobilization, about 700 thousand people left Russia.. human. On the other hand, even some of those who previously held neutral views, or at least had justified claims against the Russian authorities, went to war.

For example, Vyacheslav Murakhtaev, the son of Irina Slavina, a tragically deceased opposition journalist from Nizhny Novgorod, announced his desire to volunteer for the front. Slavina, who had been harassed by the Russian security services for years, set herself on fire in October 2020, blaming the “Russian Federation” for it. After that, her son and daughter staged a picket in the city center with a banner that read: “While my mother was burning alive, you were silent.”

However, two years after his mother's death, Murakhtaev stated that, despite his disagreement with Putin's policies, he nevertheless decided to go to war as a volunteer, as he believed that "you need to fight for a just cause". Another propaganda zombified who went to war was the actor Pavel Ustinov, previously convicted for participating in the 2019 protests in Moscow.. Ustinov was sentenced to three and a half years in prison, but after a wide public campaign in his defense, the sentence was commuted to one year of probation.. Having received the summons, Ustinov declared that he was ready to go to the front, because "there is no other way out", and "if the war comes to our house, it will be too late."

Political scientist and Russian propaganda analyst Vladimir Pastukhov suggests that Russian culture is susceptible to the “viral ideas” of a cult of brute force, as the country has experienced numerous periods of rampant violence.

Former political prisoner Mikhail Khodorkovsky believes that “the vast majority of Russian society is infantile and accustomed to entrusting its final fate to the central ruler”. In fact, research conducted by the Higher School of Economics in 2017 showed that most Russians rely solely on the “tsar”. In studies, 80% of Russians believed that food prices should be set by the state. 66% are ready to entrust health care only to the state, and more than 50% trust the state to perform many other basic social functions.

Russian “culture” is indeed characterized by an increased role of the state and the cult of sacrifice for the sake of the country, which is actively used by Russian propagandists. Pro-government “experts” openly declare that “the key to victory is the self-sacrifice of the Russian people” and the idealization of the struggle. In addition, the cult of self-sacrifice imposed by many generations gives rise to the phenomenon of the “ban on happiness”, in which people do not allow themselves to enjoy a normal life until they fulfill what they consider their “civic duty”. Thus, an individual psychological dependence on fulfilling the requirements of the state is born.. Propaganda works on this increased “sense of duty”, convincing the population that “in case of defeat, Russia will be destroyed”, which means that “it has no other choice but an absolute military victory”.

Infantilism in Russian society was caused by objective circumstances. In a country where lawlessness reigns and protection mechanisms such as the police, the press or the courts are on the side of the Kremlin, Russians are well aware of how much their lives depend on the state and other authorities. Psychologists monitoring the mobilized note that even those who do not want to fight still go to war because they are “raised in a paternalistic culture”. According to them, at every stage it is difficult for the mobilized to disobey the orders of the authorities and betray public opinion.

However, psychologists point out that there is still hope in Russian “culture” that, in addition to the habit of obeying the state, a sense of resistance and partisan struggle will soon awaken and that, in the end, they will rise up against Putin. But for now, it's just hope.