Fear and Loathing in the “Second Army of the World” 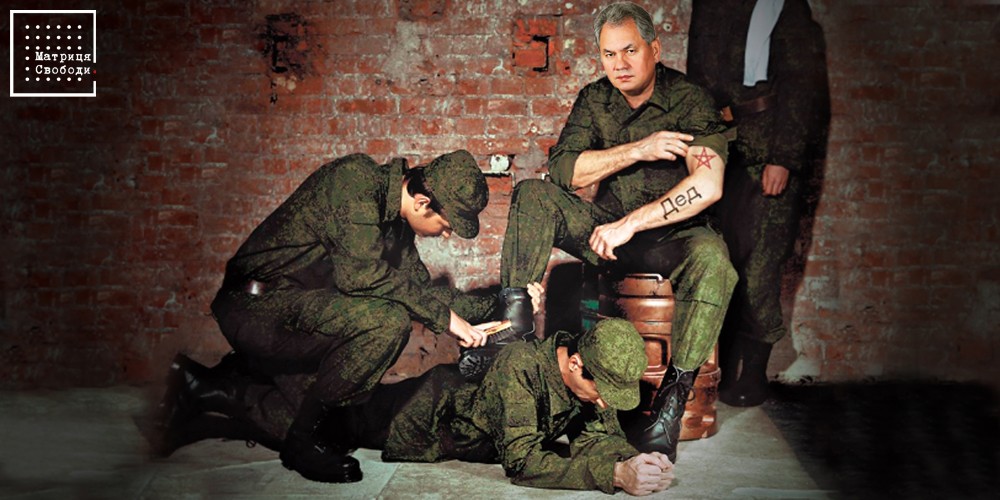 Advertising of the Russian army made of it "a force that is feared all over the world." But fighting on TV and live are two different things. From the first days of the war, the occupiers demonstrated to absolutely everyone what they are really worth - inept command, disgusting logistics, expired dry rations, equipment and medicines from the 50s. Their only advantage over the Ukrainian military was their quantity, but not their quality. The best and most modern equipment was destroyed in a few weeks of confrontation, and therefore tanks and armored personnel carriers from the USSR had to be reactivated. At the same time, the whole world was surprised by the training of the “warriors” themselves, who were not only not ready for war, performing maneuvers, but also, at times, could not read, wrote with errors and demonstrated the behavior of a caveman. From the intercepted conversations of the Security Service of Ukraine, as well as from the numerous comments of former servicemen of the Russian army who did not go to fight “for the father of the tsar”, the understanding comes by itself, for what reason, the occupying troops can skillfully fight only against the civilian population.

The book "The War Will Write Off Everything", written by the signal officer of the Red Army Leonid Rabichev, according to his own recollections, describes the soldiers of the USSR during the Second World War in great detail.. As it turned out, traditions, tactics, charters, and, perhaps, some equipment, successfully migrated along with the outdated senior command staff from the Soviet Union, when the best way to defeat the enemy was considered to be throwing corpses at him until he (the enemy) suffocated from cadaveric poison. 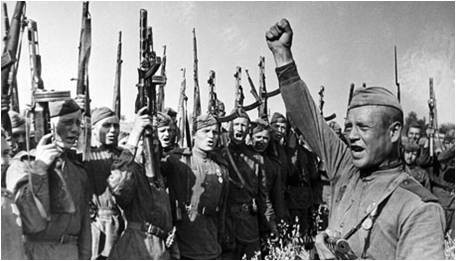 In his book, Rabichev described how he and the rest of the soldiers were prepared for military service and about what was happening in the training unit. Theft of pea coats in the dining room, shoes in the barracks, endless outfits for any reason, bullying by officers was considered commonplace.. At the same time, the instructors did not pay attention to the fact that the soldiers were stealing things from each other. Moreover, they punished those warriors who were left without a full set of clothes during the formation due to theft. In the future, the same situation occurred at the front.. Being a signalman, Rabichev was discouraged by an order from the command - to lay 40 km of cable in the absence of such. On the advice of their subordinates, they cut out the required amount of cable from the neighboring army: “Everyone does it like that,” one of the privates under the command of Rabichev reported. 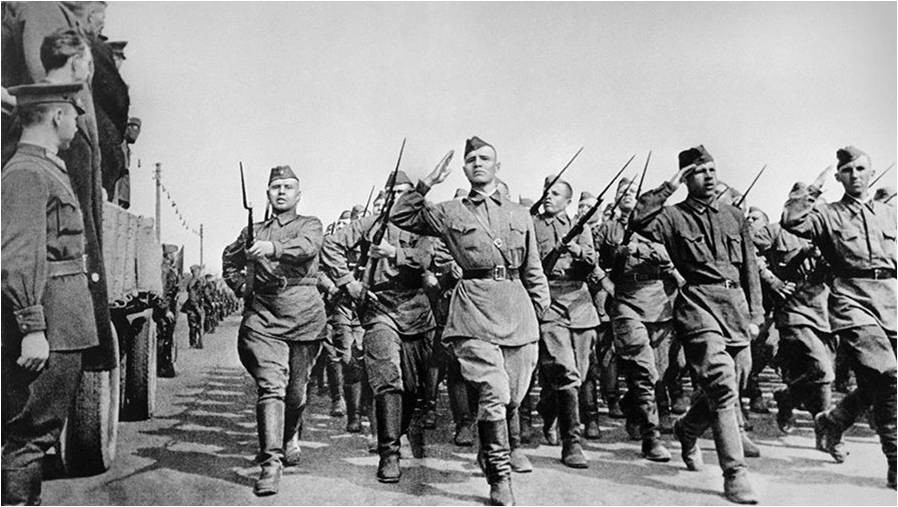 The same situation persists in the Russian army to this day. Former military men, contractors and conscripts, without exception, described cases when used socks and shorts were stolen from them, and when going to the dining room, someone necessarily missed a pea jacket, for which he was subsequently punished. In one of the parts, in order to stop the theft of outerwear, the officers decided to send all the soldiers to the canteen without them. And this, despite the severe frosts. Hence, it is not surprising why the invaders, committing acts of looting, stole underwear from Ukrainians - a habit from the army. According to the stories of another conscript who served in 2018, on the parade ground, in front of the entire unit, the lieutenant colonel scolded the soldier from the podium for having stolen his cap and he was unable to steal it from other colleagues in order to be in uniform according to the charter. As a result, the man bought himself a new cap, and because he did not steal from his colleagues, they mocked and humiliated him for another month. And if the rank and file steal from each other, then the officers plunder army property. So, leaving for the whole night in the field on an armored personnel carrier, two commanders ordered the fighter to guard the armored vehicle, agreed with him and themselves removed two batteries from the equipment. In the morning, the soldiers were reprimanded that they had not kept track of the armored personnel carrier and forced the entire company to buy new batteries for 50,000 rubles, and then returned the stolen batteries to their place. Another soldier told how, in a military-political training class, the company commander instilled patriotism in them, described Russia “as a great country, with a strong, well-to-do and invincible army”. At the end of his speech, the officer stated that their barracks needed repairs, so the soldiers had to pay their monthly salary of 2,000 rubles. Theft in the army goes to extremes. A conscript who served in the supply unit told how he had every time to take absolutely empty boxes of spare parts to the warehouse and sign for them that they were full. In Russia, it is customary to steal everything and everyone, otherwise you are an outcast. 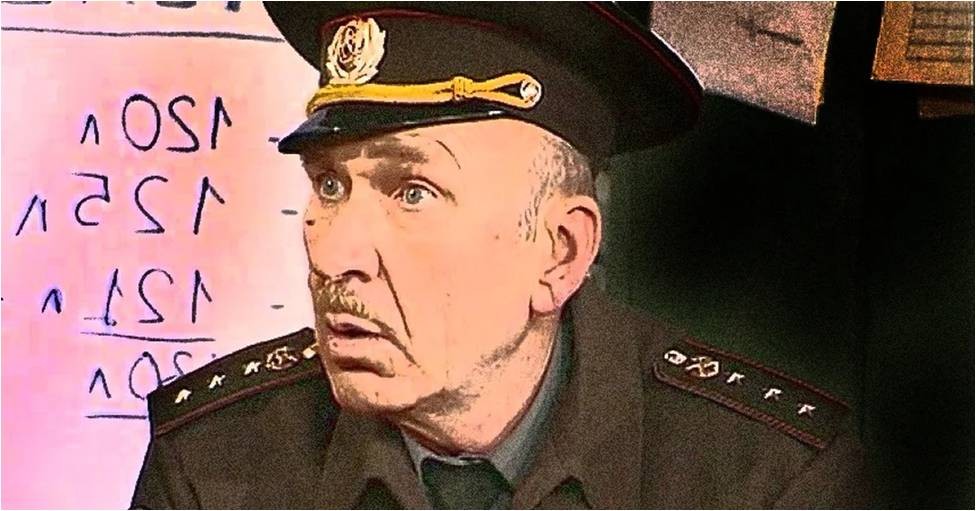 In addition to theft, the army of the Russian Federation and the USSR are similar to each other in the absurdity of orders and hazing. Past service conscripts describe the modern relationship of enlisted personnel with sergeants and officers. According to one of the young fighters who served in 2020-2021, recruits who could not stand up for themselves were forced by old-timers to make their beds, wash their room, and buy groceries at the army store at their own expense.. The officers not only did not interfere with this, but also encouraged it. Another conscript spoke about how short people were constantly hungry, because they always stood at the end of the line for the distribution of food in the canteen (line by height), and when it was their turn to receive their portion, the officer gave the command to “finish the meal” and they returned to the barracks hungry. Another soldier described how he was forced to look for a cartridge case from a machine gun for an hour in a frost of 30 degrees Celsius, while the officer kept it in his pocket.. Almost all former military personnel say that they did not have any physical, theoretical training. Moreover, some even never fired during their entire service, and those who succeeded said that they were given from 3 to 20 rounds of ammunition.. There was a case when soldiers were forbidden to hit the target during shooting, "so as not to spoil it." The same situation happened with technology. Those who served in the tank, artillery and even strategic troops, at times, did not even know how to start it, since there were no theoretical or practical classes. The officers explained this by the “high cost of the shot and fuel”. On the other hand, instead of the seemingly necessary occupations in the army, the soldiers were forced (personal examples from different army units, different storytellers): paint 200 meters of stones, paint grass, repaint military equipment 3-4 times a year, wash the barracks with soap (both inside and outside), sweep the field (without asphalt) 5x5 km, build rectangles from snowdrifts, reprint educational material that no one has ever used, fill out a form instead of officers, arrange a swim in full uniform in winter in a pool without water, write diplomas for officers and their children . 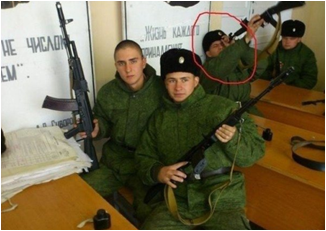 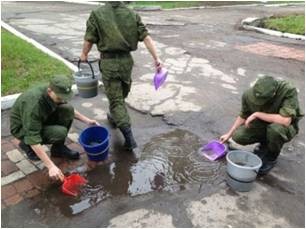 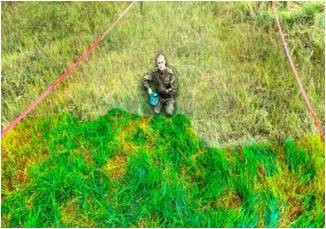 What can we say about the serviceability of tanks, armored personnel carriers, howitzers, small arms, if the Russian army still has an off-scale level of theft and hazing. Former conscripts described stories from their service, when out of 15 KAMAZ trucks in the garages of the unit, only one was on the move and it was taken out specifically for inspections. While driving to the training ground, which was 600 km from the military unit, every 40 km some car broke down. And one contract soldier who served in the FSB border posts was given a machine gun without a front sight.

As the saying goes, "the fish rots from the head." And if such lawlessness “according to concepts” reigns at the level of rank and file, junior officers, then it is difficult to imagine how corrupt the system is at the very top. Shoigu "with all his heart" tried to destroy the Russian army through theft. Understanding how bad everything was in this system before the introduction of troops into Ukraine, it becomes clear why the occupiers steal absolutely everything that comes to hand from Ukrainian homes - this is just a habit from military service. Unfortunately, non-statutory relations with constant humiliation also left their mark on Russian servicemen, who now take out all their anger on Ukrainian civilians..