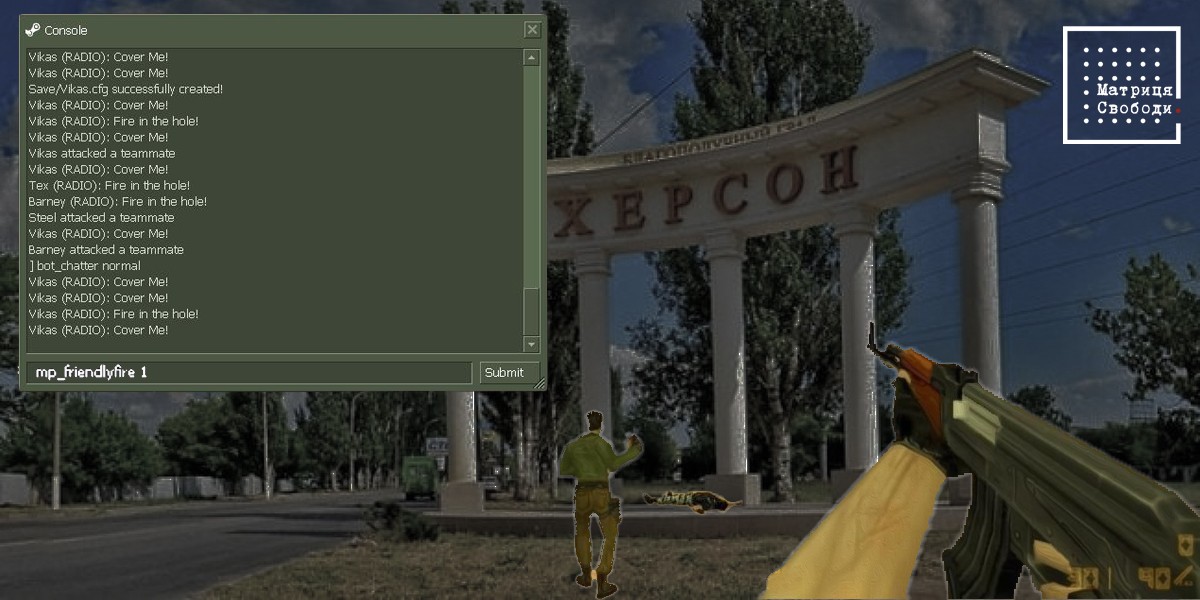 In Russia, everything is done for the sake of money. Russian scientists, historians and researchers still cannot form a clear definition of the “Russian idea” - a general direction in culture that would unite all the people and move them in the name of a common goal. Due to the lack of commonality, one can often observe how, contrary to propaganda slogans like “we don’t leave our own”, Russians still leave. For the sake of profit, they are ready to betray, kill, substitute. Everything rests on material wealth. However, while getting, it would seem, what the Russian wanted, he wants to get even more, looking at others who have a greater financial and material condition.. As a result, the one who is stronger takes away from the weak, and becomes even stronger. Therefore, the most cynical, deceitful, insidious and, unfortunately, the strongest representatives of Russian society are in the Kremlin. They "throw" the people on an industrial scale.

At the same time, among the representatives of the Russian elites there is also a struggle. It can be seen especially clearly among law enforcement officers. It is known that the FSB, the SVR, the GRU, the Ministry of Internal Affairs and army generals have always competed with each other. Their methods of eliminating each other are not much different from the showdown of bandits in the 90s. With the start of a full-scale invasion of Ukraine, the Russian security forces have entered a time of almost limitless possibilities. The Kremlin allocates colossal funds for the war from the budget, which, as numerous studies show, the command staff of various law enforcement agencies successfully plunder. 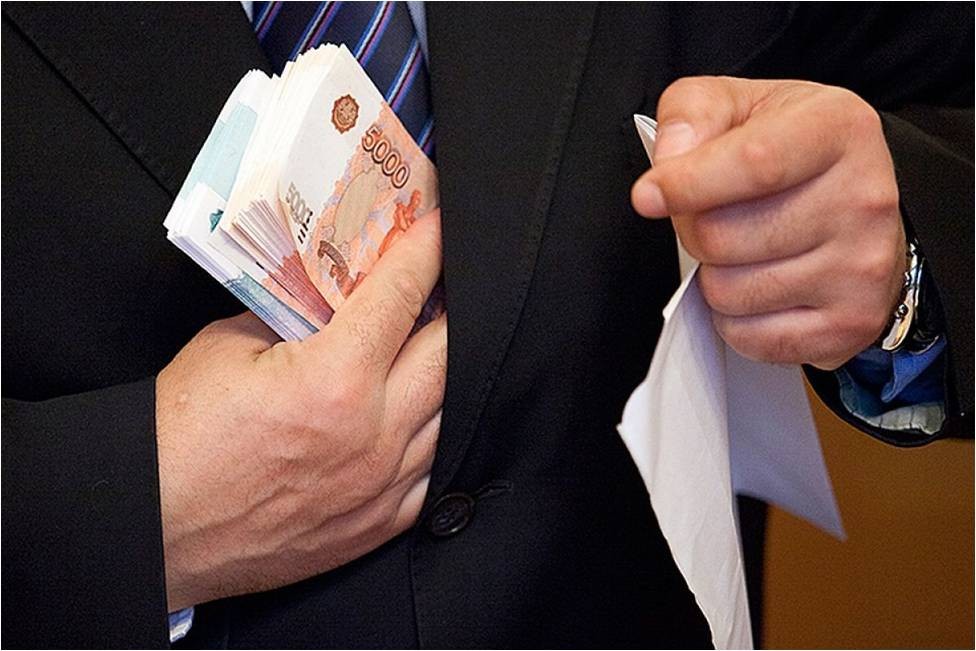 But in addition to budgetary funds, the security forces began carving up the temporarily occupied Ukrainian territories. At the same time, the generals and the middle command staff of the special services and the army, like no one else, understand that their troops will soon begin to retreat, therefore, they try to cash in as quickly and as much as possible. The occupants earn on primitive things, but their range is very extensive. This includes taking a “percentage” from the Ukrainian property looted by Russian soldiers, and extorting money for kidnapped people, and even selling military documentation, coordinates of their own troops, and weapons.

Racket also did not stand aside. They are mainly hunted by special services. Since chaos and lawlessness reigns in the occupied territories, which are diligently supported by the security forces themselves, the style of extorting money from entrepreneurs has not changed since the 90s.

But the competition among the Russian security forces remains high, since representatives of absolutely all law enforcement agencies of the Russian Federation participate in the war. And if at home they try to secretly crack down on each other, then in the temporarily occupied territories of Ukraine, the militants openly destroy their competitors by executions or explosions. So, there are cases when the Buryats arranged a shootout with the Kadyrovites because they could not divide the loot. Special services blew up cars with Ukrainian Gauleiters in order to put their own people in their place. The FSB arranged the massacre of the Grushniks and vice versa.

A recent incident just confirms that the security forces hate each other, apparently even more than the mythical “Nazis” in Ukraine. In mid-June, it became known about a shootout between the Russian military and FSB officers. It happened in Kherson, in the cafe "Food.Topi". Several Russian military men came in the evening with an “offer of a roof” to a businessman of one of the cafes, of course, not for free. After they seem to have "agreed", some of them left the institution, and two - Sergeant Sergei Obukhov and Junior Sergeant Igor Sudin - remained to "wash" the case. During the time that the army remained in the cafe, an employee of the institution managed to inform the authorities about the fact of racketeering, and he, in turn, called the already existing "roof". Four employees of the Central Security Service of the FSB of the Russian Federation arrived at the scene - Igor Yakubinsky, Sergey Privalov, Borodin D.A. and another colleague. In the course of clarifying the identities of the Russian military, Obukhov and Sudin opened fire on the FSB officers, who began to shoot at the military. As a result, Obukhov, Privalov and Yakubinsky, according to the report, “died on the spot”, while Borodin and Sudin were “hospitalized with injuries of varying severity to the Federal Naval Clinical Hospital No. 1427 of the Russian Ministry of Defense, located in Sevastopol.” The fourth FSB officer, whose identity is not indicated in the documents, "fled the scene." However, his identity was found out. The fourth FSB officer was the son of FSB General Alexander Tikhonov, Yevgeny Tikhonov, who followed in his father's footsteps. 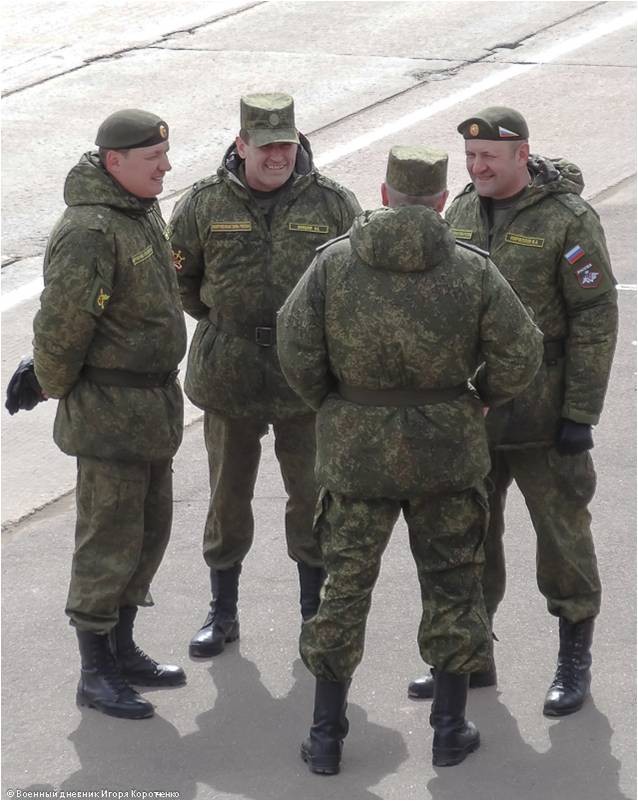 Earlier, several years ago, there was already a controversial incident with the FSB Special Purposes Center headed by Alexander Tikhonov and his son Yevgeny Tikhonov, which perfectly illustrates the actions of the military elite.

For “Robbery committed by an organized group on an especially large scale”, namely, in the theft of more than 150 million Russian rubles, several former employees of the Alpha unit were convicted, and from the highest ranks, the major of the K unit was arrested, all then arrested, and more than 5, were the same age as Yevgeny Tikhonov and lived on the territory of the special purpose center of the FSB of the Russian Federation, which is headed by the hero of Russia, Colonel General Alexander Tikhonov. The guilt of Tikhonov Jr. was taken on by his accomplices, but he himself escaped with a fright in the form of a suspended sentence, and his case was reclassified instead of a suspect as a “witness”, thereby, having handed over his colleagues, he managed to avoid punishment, and the process itself was delayed for several years. Already in 2022, Tikhonov Jr. ended up in Kherson.

TsSN FSB was created from the divisions "Alpha" and "Vympel". As employees note, “100% of the personnel went through Afghanistan, Chechnya and have combat experience.” 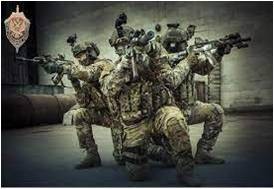 The revival of the Vympel, or division "B", began in 1994, Vladimir Pronichev replaced the already well-known Nikolai Patrushev as head of the FSK Directorate (then the federal counterintelligence service of the Russian Federation), Patrushev at that time replaced the head of the Main Control Directorate (GKU), and the boss he replaced was none other than Vladimir Putin. Vladimir Pronichev takes Alexander Tikhonov as his deputies. Later, by order of Putin, the Alfa and Vympel centers were merged into a single Center for Special Purposes, which was headed by Alexander Tikhonov. There is practically no information about these special forces, everything is classified, including personnel appointments. In view of secrecy, the information is not available even to the FSB officers from other departments. Nevertheless, information was still found about the “sponsors” of Tikhonov and the entire Special Purpose Center, albeit from a fairly early period.

At the beginning of the 2000s, it became known about “Colonel S.” – “legendary sniper” from the special forces. “For a modest officer's salary, while still a captain, he managed to build a three-story cottage outside the city with a whole fleet of luxury foreign cars, in his garage - about five cars and several motorcycles of the best Japanese companies. Calculate how much only one motorcycle can cost. Together with members of one of the criminal gangs, he owns his own car service and restaurant in the center of Moscow.. At some point, the prosecutor’s office had questions for him, but thanks to the patronage of higher powers in the leadership of the FSB, all problems were resolved,” said one of the special forces soldiers, who, for obvious reasons, wished to remain anonymous. He also told about another of his colleagues: “Once upon a time, a modest officer Bendersky Eduard served in the center. He retired with the rank of lieutenant. In civilian life, he created a private security company (private security company) "Vympel-A" under the "roof" of our center. It is personally supervised by our General Tikhonov. Bendersky drives a Gelendvagen jeep, has both a special ticket and a cover certificate. Almost all banquets, concerts, competitions are paid for by his private security company. Mr. Bendersky himself regularly comes to the sauna to take a steam bath, despite the fact that this sauna is located on the territory of a special security facility of the CSN. He prefers to take a steam bath in the company of the leadership of the center.” 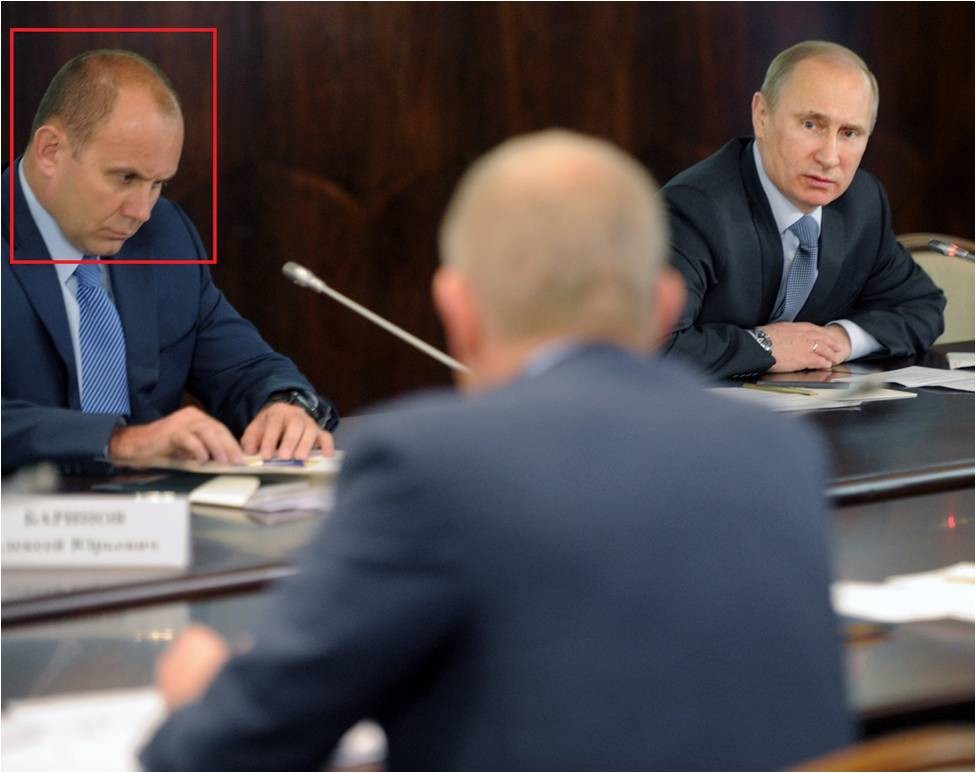 Judging by the stories of a fighter from the FSB special forces, Alexander Tikhonov, like other security forces generals, does not disdain “dirty” money. Obviously, the temporarily occupied territories beckon such people with quick, bloody earnings. The fact that his son, Yevgeny Tikhonov, is personally present in Ukraine, may indicate that the general sent his offspring to “earn”, as he is sure of his loyalty. Since the FSB Special Forces Center was created to perform individual tasks, its fighters may not be present on the front line.. It is known that they are used to track down and detain Ukrainian activists, at least in Kherson. Therefore, Yevgeny Tikhonov and his colleagues in Ukraine are likely to be away from the front and closer to the racket at the behest of their father. Such a kind of probation in numerous criminal cases, which the father carefully cleans up after his son and does not want to fall into disgrace with his old acquaintances in the Kremlin, because Tikhonov senior has a great opportunity to be amnestied after the military invasion of Ukraine, in fact, active participation in the invasion. The anti-terrorist direction is exactly what both the elder and the younger can serve at the moment.

The skirmish between Russian soldiers and the FSB officers will most likely be presented to the leadership as “heroic opposition to the terrorist threat by Ukrainian saboteurs.” The facts that the shootout was near the cafe, that the owner himself called the FSB officers and complained about extortion from the Russian military, that he knew who to call in such a situation, and that almost immediately a delegation arrived, accompanied by the son of the head of the CSK FSB of the Russian Federation , which was repeatedly held in cases of extortion and the organization of criminal groups on the territory of the Russian Federation. It is more logical to assume that the army men themselves decided to get “swag” from the institution and, perhaps, coveted the territory that was already “protected” by the special services. The participation of Ukrainian partisans should not be ruled out, since they should have known who Yevgeny Tikhonov was, whose son he was, and what his colleagues in occupied Kherson were doing. Or perhaps the shooting was a targeted attempt on the son of an FSB general. And it should not be ruled out that the motive may be a “message” from other special services of the Russian Federation so that Tikhonov stops the competition, thereby putting pressure on his father, who is out of reach.

There are no "good" and "bad Russians". There are those...

Where will the Kremlin get the money for the war?

Putin is a typical admirer of Nazism

Postrosia: towards a discussion about the future of the...

The Russians are fighting for the luxury of they owners

The Russians are fighting for the luxury of they owners

Postrosia: towards a discussion about the future of the...

There are no "good" and "bad Russians". There are those...

Putin is a typical admirer of Nazism

Where will the Kremlin get the money for the war?