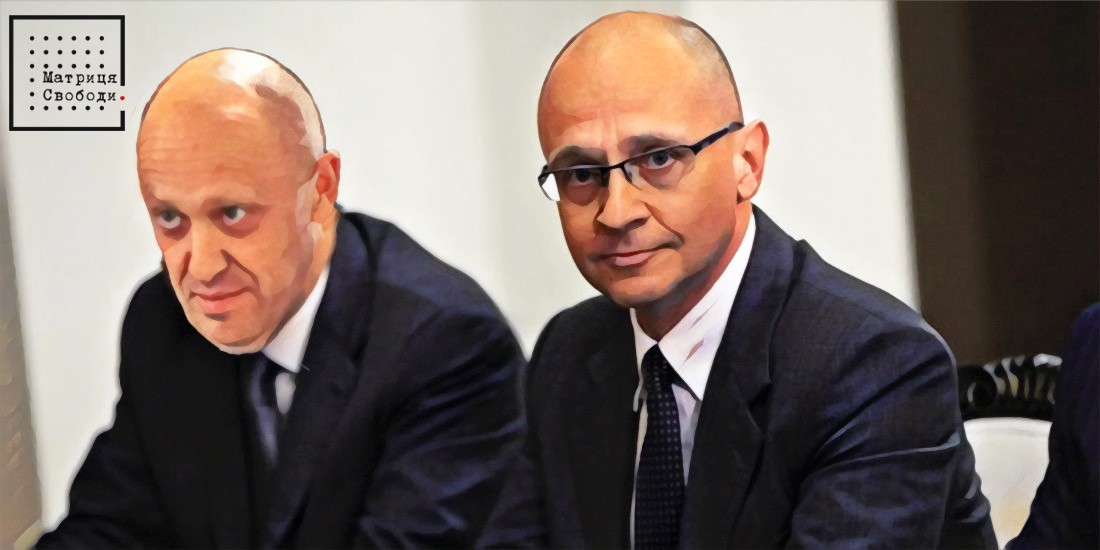 History repeats itself somewhat: after the capture of Donbass in 2014, a “political landing force” from various levels of officials, managers, and managers also went there. In fact, the role of such guest performers is simple: to absorb funds from Moscow and steal what is still left on the ground. And of course, to transfer tribute from the loot to their curators: oligarchs, influential persons from the FSB and the GRU, the military or representatives of the Putin administration. The investigative department of the Morning of February channel was investigating who was sent to lead the occupied Ukrainian regions and whose interests are represented by Russian proteges.

On July 18, 2022, Anton Koltsov was appointed as the "chairman of the government" of the Zaporozhye region. Before that, not much was known about him: originally from Cherepovets, in 2012-2016 he worked at Severstal as the head of department, and then became no less than director of labor protection. It is worth noting here that the main shareholder of Severstal is the Russian billionaire Alexei Mordashov.

Brief information: Alexey Mordashov is a Russian oligarch, owner of 77% of PAO Severstal. In February 2021, due to the growth in the value of Severstal shares, Mordashov's fortune reached 32 billion US dollars and he became the richest man in Russia. In 2017-2022, Anton Koltsov headed the government of the Vologda Oblast, ran for United Russia. By the way, it is no secret that almost all key positions in the Vologda Oblast are occupied by people from Severstal. Thus, Mr. Mordashov controls state structures and bodies in this region. With the appointment of Koltsov as Gauleiter of the Zaporozhye region, control over this industrial region was in the hands of a Russian metallurgical magnate.

Mordashov's interests in the industrial south of Ukraine have been visible for a long time. At least we know about his confrontation with the Ukrainian oligarch Rinat Akhmetov. In 2005, the interests of two large businessmen crossed over the privatization of the metallurgical giant of Ukraine - the Kryvorizhstal enterprise. Despite the fact that Mordashov conducted a rather “dirty” PR campaign through the controlled media, then Rinat Akhmetov won.

Moreover, in 2019, thanks to the sanctions, Akhmetov finally squeezed Alexei Mordashov out of the Ukrainian market.. On March 21, 2019, President of Ukraine Petro Poroshenko approved the sanctions list of individuals and legal entities. Severstal also appeared in it. The company's assets were blocked, the right to use and dispose of property was limited.

The head of the Kremlin’s internal political bloc, Sergei Kiriyenko, during the war managed to get closer to President Vladimir Putin and expand the scope of his powers.. Now he oversees the self-proclaimed "DPR" and "LPR", as well as the territories of the Kherson and Zaporozhye regions of Ukraine occupied by Russian troops. In recent months, Sergei Kiriyenko began to appear more and more often at public events (although he had not previously been drawn to them). He delivered a speech at the opening of the monument to the “grandmother with a flag” in Mariupol, spoke at student and schoolchildren forums, arrived in Kherson in military uniform and closed the finals of the Leaders of Russia contest, which he personally oversees.

“Although we do not have a competition for positions, more than 350 people, winners, finalists, have already received high appointments. Including three heads of regions of the Russian Federation. 11 deputy governors, six deputy federal ministers, deputy heads of major public and private corporations, rectors of universities, chief physicians” – Sergey Kiriyenko about the “Leaders of Russia” contest. It should be assumed that the majority of Russian proteges in the occupied territories are careerists who understand that in the Donbass they will be able to prove themselves and thus create a springboard for further advancement in the Russian Federation, for example, to the post of governor, to the federal ministry, or to move from the region to Moscow. If you look at the Russian "personnel landing force" in the Donetsk region, then these are mainly medium and large regional officials. But, at first glance, random managers are united by one thing - communication with the presidential administration of the Russian Federation.

The “premier” of the “DPR” was the finalist of the “Leaders of Russia” contest, the 36-year-old head of the department of the Ministry of Industry and Trade Vitaly Khotsenko. Coincidentally, he comes from Ukraine, was born in Dnipro, but was educated and built a career in Russia. He studied at Moscow State University and RANEPA, the so-called "school of governors."

Vitaliy Khotsenko calls the unification of the legislation of the republic with the Russian one, the restoration of the housing stock, the launch and restoration of enterprises as his tasks as the “premier” of the “DPR”. Moreover, speaking at the SPIEF, he said that Russia would invest “more than 2 trillion rubles” in the development of the “DPR” in two years. According to him, now the government operates with a “development budget of about 100-150 billion rubles”. By the way, this is comparable, for example, with the income of the Leningrad Region or Dagestan in 2020 and more than the income of Chechnya. Thus, the Kremlin, financing the "DPR" and "LPR", will also exercise control over cash flows and economic resources using "its own personnel."

In addition, Kiriyenko oversees another "Donbass project" - the so-called patronage of Russian regions over various settlements. For example, Moscow took "patronage" over Donetsk and Lugansk, St. Petersburg - over Mariupol, Khabarovsk Territory - over Debaltseve, and Novosibirsk Oblast - over Belovodsky district in the Lugansk region.

He is called a person close to the head of the presidential department for domestic policy Andrei Yarin: “Kostomarov was sent to where the new governor could quarrel with the old elites. At the same time, he has excellent relations with Alexander Kharichev, head of the department for ensuring the activities of the State Council.”. - Kommersant quotes the interlocutor. Alexander Kostomarov also gets along well with the security forces, so this is a kind of compromise: he can work both along the line of force and along the ideological one.

Interestingly, the wife of Alexander Kostomarov is one of the wealthiest bureaucratic wives in Russia. According to the declaration, its annual income in recent years has ranged from 150 to almost 200 million rubles.. What business she is engaged in is unknown.

"Prime Minister" of the FSB

A little earlier, on July 4, the invaders in the Kherson region announced the formation of the so-called "government". A former (although, as you know, there are no former) FSB officers was appointed head of the cabinet of ministers of the region. Sergei Eliseev , 51, graduated from the Academy of the Federal Security Service in 1998. In 1993-2005 he served in the FSB. Prior to that, he also worked as deputy head of the government of the Kaliningrad region. 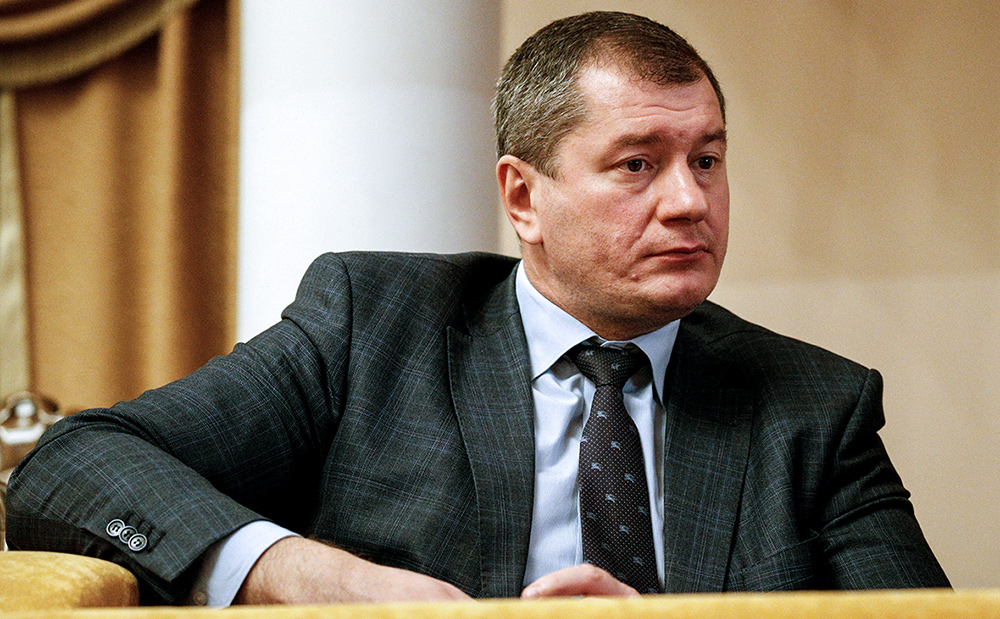 It is worth noting that the Russian FSB officers “squeezed” power from Vladimir Saldo, who was previously appointed by the occupiers. For many years he headed the pro-Russian parties in Kherson, and after the capture of the city, he went over to the side of the invaders, became the so-called "head of administration". Whether we are talking about the struggle of the notorious "Kremlin towers" is not completely clear, but the appointment of Gauleiters in the occupied territories was approved in the Presidential Administration, personally by Sergei Kiriyenko. Despite this, the security forces from the FSB were able to carry out the appointment of their "Prime Minister", thus taking control of the occupied region. Interestingly, after the appointment of FSB officer Eliseev, Ukrainian sources reported that Vladimir Saldo was poisoned and he is in the hospital in serious condition. At the same time, a number of media outlets stated that FSB officers were involved in the poisoning.

“ There is information that on the day when he became ill, Saldo drank cognac presented from Moscow. They even name the cost of a bottle - 2.5 thousand dollars. Allegedly, he drank and he immediately became ill, ”said Sergey Khlan, adviser to the current head of the Kherson Regional State Administration.

It is interesting that Sergei Eliseev did not come to the Kherson region alone, several more Russian citizens were appointed to the so-called "government" with him. One of them is Vladimir Bespalov, previously he worked as a deputy minister in the same Kaliningrad region, under the leadership of Eliseev.

The appointment of a whole “bunch” of FSB officers to the occupation government of the Kherson region takes place against the backdrop of constant rumors around the possible holding of the so-called referendum. Perhaps this is precisely the reason for the forcible strengthening of power in the occupied territories.. In addition, more and more information appears about the upcoming counter-offensive of the Ukrainian army, many military experts say that a counter-attack from the south, in the direction of Kherson, looks like the most logical development of events.

It is worth noting the fact that from 2014 to 2016, Eliseev was an assistant, and then deputy head of the city of Vologda, which means he worked together and has a connection with Anton Koltsov, a Russian protege in the Zaporozhye region, whom we wrote about above.

It is worth adding that during April and May on the territory of the temporarily occupied part of the Luhansk and Donetsk regions, the work of the group of Maxim Shugalei, who is one of the main political strategists of “Putin’s cook” Yevgeny Prigozhin, was noted. The task of the new political strategist is to prepare for a possible “referendum”. Maxim Shugalei worked as a political strategist in Madagascar, in African countries, and also actively performs tasks of collecting and analyzing information in the countries of the Middle East. In 2019, Shugalei was arrested in Libya and charged with espionage, he was placed in the Mitigga prison in Tripoli, where he spent more than a year and was subsequently released.

Human rights activist Pavel Lisyansky suggests that in the temporarily occupied territory of the Lugansk and Donetsk regions, Shugaley and his group are collecting and analyzing information about the attitude of local residents towards the Russian Federation in order to then prepare a rationale and sociological data that will justify the need for the Kremlin to hold a “referendum” on the annexation of territories Ukraine. According to him, Shugaley is fulfilling Prigozhin’s order to fulfill the order of Russian President Vladimir Putin to collect information about the socio-economic and political situation in ORDLO, because the Russian president wants to play it safe. In March and April, Kiriyenko's people carried out similar activities through a sociological survey, but the Russian authorities decided to check everything again. At the moment, Prigozhin’s interests are also focused on the Donbass, but in addition to military issues related to sending mercenaries to the southeastern regions of Ukraine, he also decided to close on himself political issues in the occupied territories.

Putin thinks about two ways of annexation in Ukraine -...

Putin thinks about two ways of annexation in Ukraine -... 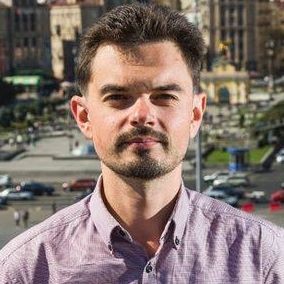