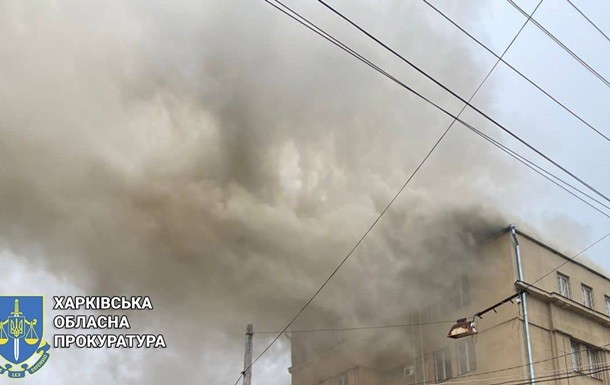 Kharkiv is again under attack from the Russian military. This was announced by the head of the OVA Oleg Sinegubov.

He urged residents to stay in shelters.

Recall that this afternoon, September 12, Russian troops launched another blow to Kharkov.

According to the Office of the Prosecutor General, the invaders fired at three districts of the city. An administrative building was damaged in the Kievsky district. One person died, two were injured.

In the Osnovyansky district, the Russian military got into the enterprise. The building was partially destroyed, service cars and cars of employees were damaged. An employee of the company was injured.

In the Saltovsky district, part of the cluster shell hit the ground next to a residential building.

According to preliminary information, the Russian army fired on Kharkov from the Uragan MLRS.

As Oleg Sinegubov, head of the Kharkiv Regional Military District, noted, according to the latest data, six people were injured as a result of daytime shelling of the city, four of them were in a state of moderate severity, two had minor injuries.

"As a result of today's shelling of the Osnovyansky and Kievsky districts of Kharkov, a 37-year-old man was killed. According to the Emergency Medical Center, a total of six people were injured, including an 18-year-old girl. She and a 33-year-old woman received minor injuries and did not need hospitalization," Sinegubov said.