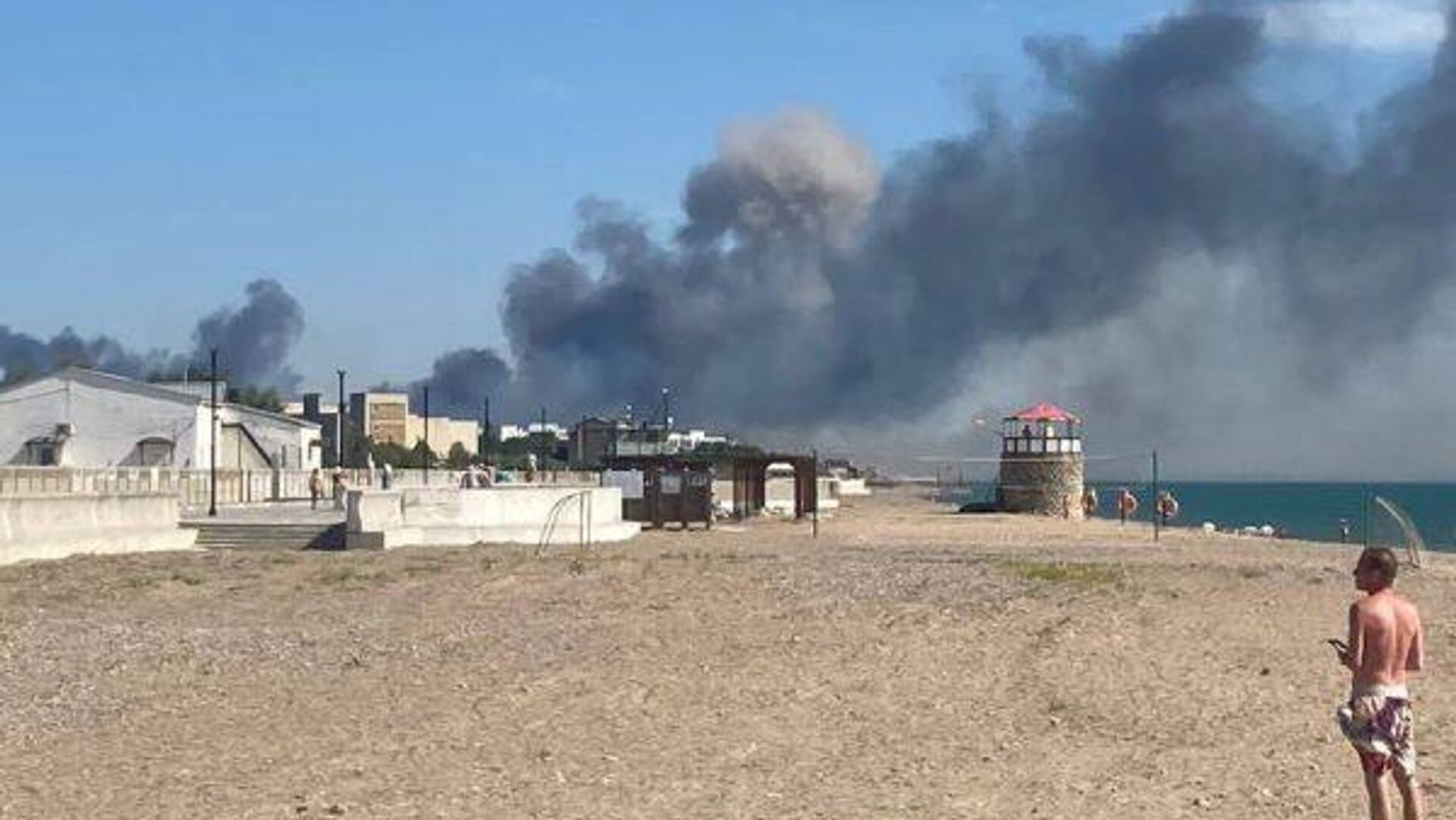 Explosions in the Crimea have caused a serious panic on the part of the Russians who have vacationed or live there. No official evacuation was announced. Novofedorovka and Novomikhailovka, located close to the military airfield, were closed to entry. You can leave from there.
Denis Savchenko, Chairman of the Board of Crimea SOS, announced this on air of the telethon.

Savchenko noted that after the explosion, traffic jams appeared at the exits from Novofedorovka, Novomikhailovka and Sak. They were also on the section of the Evpatoria-Simferopol highway.

"I think that panic will lead to an active departure. There should be no problems with the exit through the Crimean bridge,” he said.

According to him, the introduction of a yellow level of terrorist threat on the peninsula will be used to persecute the population disloyal to the authorities, and these are ethnic Ukrainians and Crimean Tatars.

“Over the past few years, there has been a trend that citizens living in the temporarily occupied territory of Crimea were deprived of their housing. Recent events and tactics of the occupying authorities can lead to negative consequences, to persecution, to violations of human rights against the civilian population,” Savchenko added.

The representative of CrimeaSOS noted that during the entire period of occupation, a very serious decline in interest in the tourist zone of Crimea has been observed.
Recall that on the eve of the temporarily occupied Crimea, explosions were heard in the area of a military airfield in the urban-type settlement of Novofedorovka. Residents of the village heard explosions and saw smoke rising from the territory of the Russian military base. The Kremlin does not want to admit the possibility of UAF strikes in Crimea.