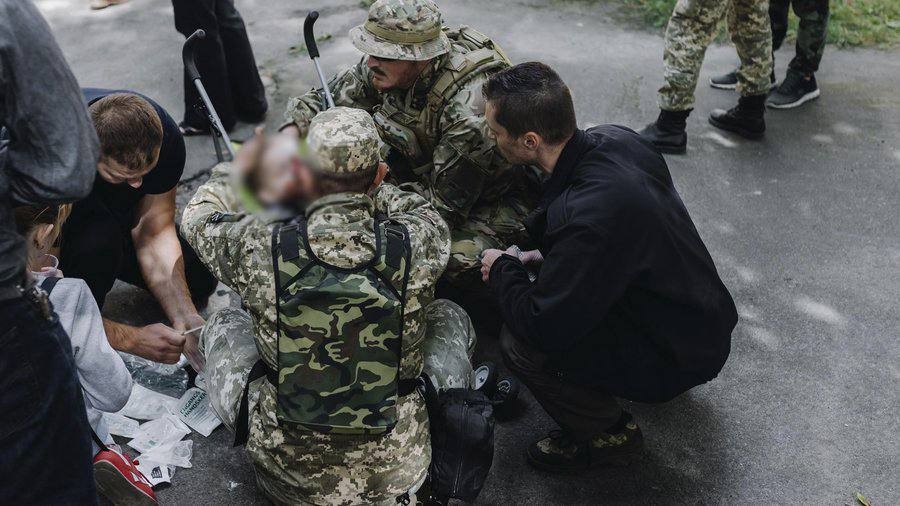 Employees of the State Bureau of Investigation (SBI) reported suspicions to two servicemen who were involved in injuring children as a result of an explosion of ammunition at an arms exhibition in Chernihiv.

It is reported by the GBR.
According to the agency, one of the servicemen, during a demonstration of weapons, allowed a child to pick up an equipped rocket-propelled anti-tank grenade (RPG-26) and pull the trigger. As a result of the shot, 15 people were injured, seven of whom were children.

The second suspicion is reported to the commander of the aforementioned soldier, who gave the order to subordinates to bring weapons to the exhibition for demonstration.

The men were informed of suspicion of violating the rules for handling weapons, which caused bodily harm to several persons (part 2 of Art.. 414 of the Criminal Code of Ukraine). The sanction of the article provides for punishment in the form of imprisonment for up to 10 years.

On September 4, the servicemen were detained, and a petition will be submitted to the court to order a measure of restraint in the form of detention.

Procedural management is carried out by the Chernihiv Specialized Prosecutor's Office for the Military and Defense Sphere of the Central Region.

As you know, on September 3, in Chernihiv on Val, near the art museum, an exhibition of ammunition was held, one of which detonated, and an explosion was heard. As it turned out, a hand-held anti-tank grenade launcher went off on the spot, it was held and pressed on the trigger by a 10-year-old boy.

The regional authorities explained that an event was organized in the historical center of Chernihiv, which included interactive activities for children. There "for some reason there was an exposition with a triggered military weapon." The police have launched an investigation.

According to the latest data, 15 people were injured in the explosion, including seven children.