In the temporarily occupied Melitopol, the Russians began to hand out subpoenas to people 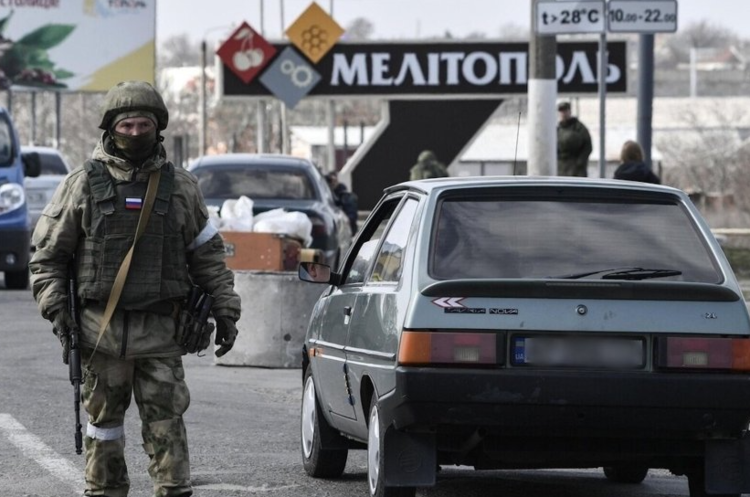 In the temporarily occupied Melitopol, Zaporozhye region, the Russians began issuing subpoenas to local residents, they are being forced to fight on the side of the Russian Federation. And in some educational institutions of the city, the invaders placed their military bases.

This was reported by the Center for Counteracting Disinformation under the National Security and Defense Council of Ukraine and the mayor of the city Ivan Fedorov.

"In the temporarily occupied Melitopol, the local residents of the Rashists began to issue subpoenas and force them to fight for the Russian Federation. This is especially true for those residents who have received Russian passports. 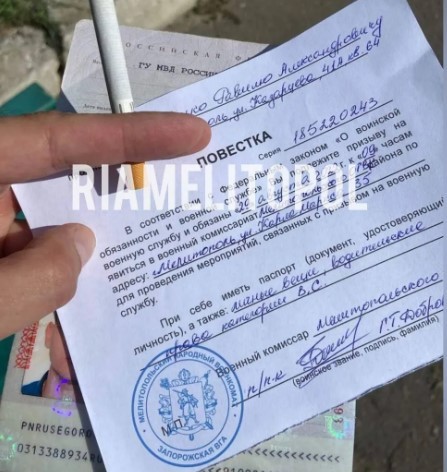 In addition, the mayor of Melitopol, Ivan Fedorov, said on the air of the telethon that the Russian invaders had placed their military bases in 5 schools in the center of the occupied city.

"There has never been such a September 1 as this year in Melitopol. All schools were cordoned off by the military, the entrance to the schools was through metal detectors, parents were not allowed into the premises. 5 schools in Melitopol, where the military bases, barracks and ammunition depots of the Rashists are located in the city center, will definitely not work,” the official noted.

Fedorov also noted that in the Russian Federation they announced attacks on educational institutions by the Armed Forces of Ukraine, they are preparing provocations to cover up the low turnout in schools.