In the Lviv region, doctors were caught selling certificates for dodgers 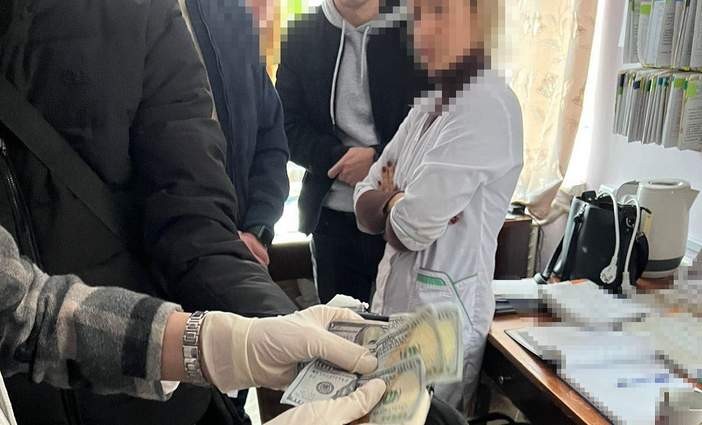 The police exposed the doctors of the Brody city hospital in the Lviv region, who, for a bribe of 1 thousand. dollars recognized men unfit for military service. One of the members of the medical commission was detained, some of the money was seized in his office.

As operatives from the Strategic Investigation Department in the Lviv region and investigators from the Investigation Department of the regional police have established, a group of employees of a medical institution has established a corrupt scheme for recognizing persons unfit for service in the ranks of the Armed Forces of Ukraine for health reasons.

"The cost of making such a decision and issuing the corresponding conclusion of the medical commission was $1,000," the National Police's Strategic Investigation Department said in a statement on Friday, September 23.

One of the defendants in the scheme, a doctor member of the commission, was detained the day before, on September 22. In his office, the police seized $300 he had received as part of an improper benefit. Another $100 was seized from the pocket of the second doctor's coat, who handed him a "colleague in the case."

The police are investigating criminal proceedings for bribery (part 3 of Art.. 368 of the Criminal Code). Doctors are preparing an official suspicion and the choice of measures. The perpetrators face imprisonment for a period of five to ten years with deprivation of the right to hold certain positions or engage in certain activities for three years and with confiscation of property.

Law enforcement officers do not disclose the name of the hospital where they exposed the bribery scheme. According to media reports, the doctors of the Brodovsky hospital are suspected of preparing certificates for the evaders.