On Saturday, October 1, Odessa and Nikolaev were again shelled 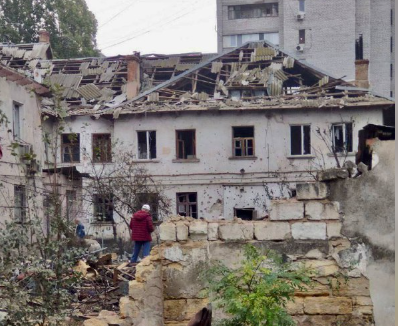 Air raid sirens began to sound in many regions of Ukraine on the night of October 1, a little after 4 am.

The Russian occupiers launched rocket attacks on the Odessa region. Buildings were damaged, but people were not injured. This was reported by the speaker of the local regional military administration (OVA) Sergey Bratchuk on his Telegram channel.

The official suggested that the invaders used the Iskander.

"Two rockets hit an industrial infrastructure facility, an electrical substation was damaged, several surrounding buildings. A fire broke out in one of the private garages, which was quickly extinguished. No one was hurt," he said.

The Russians fired at Nikolaev at night and got into a residential building. This was announced on Saturday, October 1, by the mayor of the city Alexander Senkevich.

"Getting into a residential building. All services have left for the scene," he said.

The details of the strike have not yet been released.

Recall that on the morning of September 30, the invaders launched a missile attack on Zaporozhye. A civilian humanitarian convoy came under fire on the outskirts of the city near the car market. According to the latest data, 30 people were killed in the attack, more than 80 were injured.