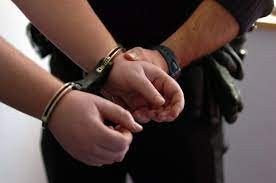 A court in Rostov-on-Don placed a citizen of Russia and a citizen of Ukraine under arrest for two months on suspicion of espionage and treason. This was announced on December 23 by the FSB Directorate for the Rostov Region.

According to the investigation, the Russian Yevgeny Nikiforov intended to cross the border and participate in hostilities on the side of the Armed Forces of Ukraine. Ukrainian Vladislav Ponamarev transmitted the coordinates of the location of units of the Russian Armed Forces.

"They were arrested by the Leninsky District Court for two months each," the secret service specified.

It is noted that during the detention of Nikiforov, a questionnaire signed by him and an application for concluding a contract with the Armed Forces of Ukraine, a Taslan hill suit, and mobile phones used to communicate with subscribers in Ukraine were allegedly seized.

"At the same time, a citizen of the Russian Federation and Ukraine, Ponamarev, was identified in the Rostov region, attracted by the Security Council of Ukraine to confidential cooperation. It was established that Ponamarev handed over to the Ukrainian side data on the deployment of Russian military personnel and information on the movement of military equipment. As a result, units of the Armed Forces of Ukraine carried out a missile strike with the Haimars MLRS at the coordinates transmitted," the FSB stressed.