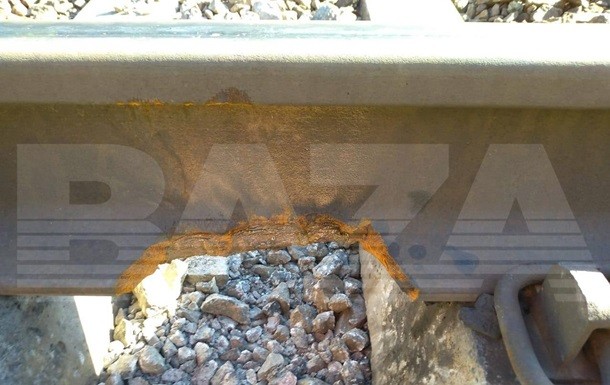 In the Kursk region of Russia bordering Ukraine on Wednesday, August 24, unknown people blew up the railway track.

This is reported by Russian Telegram channels.

It is noted that the movement of trains on the damaged section was not stopped, but the speed had to be reduced.

"The damage to the rails was noticed by a railway employee on the morning of August 24. On the section of the Klyukva-Kursk section, he saw a funnel under the rail and a small chip. Later, investigators and criminologists arrived at the scene of the explosion - in their opinion, they tried to blow up the rails with an improvised explosive device weighing about 400 grams.

It is noted that the damage was not critical, but the speed of movement was reduced.

This is not the first such incident in the Russian regions bordering Ukraine.. So, on August 16, it was reported that unknown people blew up a section of the railway in the Kursk region. Passenger trains have not run on this section since 2014. However, shunting and freight trains pass along the tracks.. Also on August 10, unknown people tried to damage the rails in the same Kursk region, on the 28th kilometer of the Lgov-Sudzha railway.