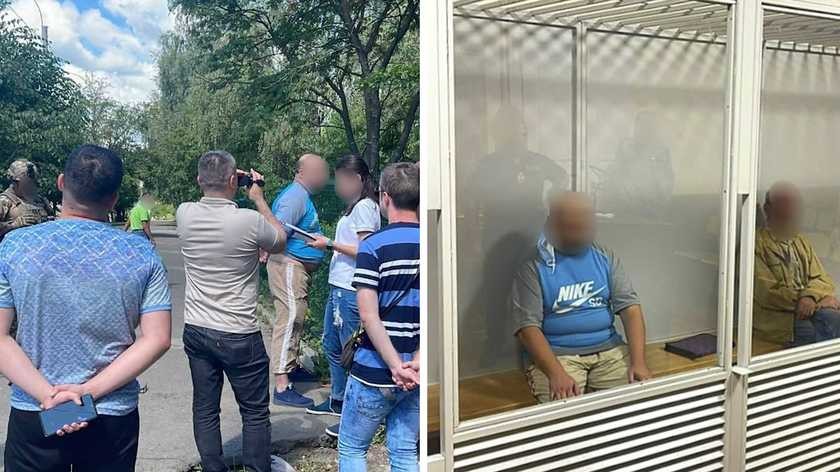 A resident of the Kiev region was sentenced to 16 years in prison for passing data to representatives of the Russian FSB. He was found guilty of treason and conducting illegal intelligence activities in favor of a terrorist organization.

This is reported by the Office of the Attorney General.

Prosecutors of the Chernivtsi Regional Prosecutor's Office proved in court that in 2017 representatives of the FSB of the Russian Federation recruited a resident of the Kiev region. Until February 2022, he transmitted data to foreign intelligence about the locations of the Azov volunteer battalion and information about individual servicemen.

"Since May 2022, while temporarily residing in Egypt, a man contacted representatives of the so-called "DNR" through social networks and began to cooperate with them.. Enlisting the support of a pro-Russian resident of the Chernihiv region, he carried out illegal intelligence activities in favor of the pseudo-republic, transmitted information about the locations of schools and kindergartens in the Chernihiv region, as well as the locations of the military personnel of the Armed Forces of Ukraine," the Office of the Prosecutor General notes.

Investigators proved that in early June the convict returned to Ukraine. He arrived in the Chernivtsi region, where he collected information about the location of critical infrastructure facilities: railway crossings, tunnels, bridges, train travel times, as well as the location of military units of the Armed Forces of Ukraine and other military formations formed in accordance with the laws of Ukraine.

Law enforcement officers detained an attacker in Chernivtsi His accomplice - in the Chernihiv region, who was sentenced to 10 years in prison for conducting illegal intelligence activities in favor of a terrorist organization.

The court found a resident of the Kyiv region guilty of high treason and conducting illegal intelligence activities in favor of a terrorist organization (h. 2 Art. 111, part 1 of Art. 258-3 of the Criminal Code of Ukraine). He was sentenced to 16 years in prison with confiscation of property.