Handed over the participants of the ATO: the SBU detained an accomplice of the invaders 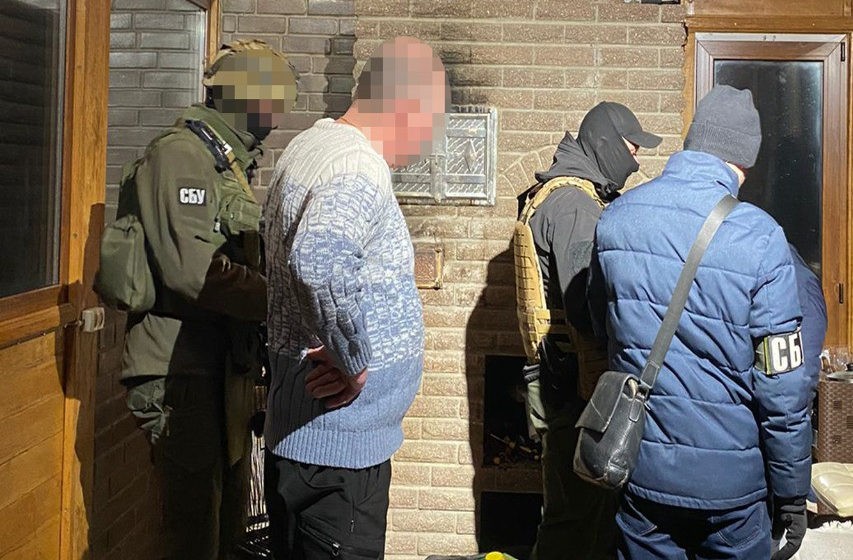 In the Kyiv region, law enforcement officers detained another likely enemy henchman. It turned out to be a resident of the village of Glebovka, who, during the capture of the Vyshgorod region, supported the Russian invaders and offered them his help in the war against Ukraine.

Thus, the detainee handed over to the aggressor the addresses of residence of local residents who could potentially be part of the resistance movement. Among them are former participants in the antiterrorist operation in the East of Ukraine.

On his tip, the invaders broke into the houses of Ukrainian patriots and abducted them.. After that, the victims were tortured and forcibly taken to the Russian Federation.

Employees of the SBU found that the man personally took part in carrying out punitive raids on the territory of the district. It was he, together with the Russian invaders, who broke into the private house of a local resident in order to illegally detain him. During the raid, the man committed physical violence and threatened the wife of the victim with murder.

In addition, the suspect plundered the houses of citizens under the guise of "assisting" the logistics of the occupation groups of the Russian Federation.. Thus, he "confiscated" the minibus from a resident of the village.

According to the investigation, the man had "preferences" from the occupiers in the form of free movement of the temporarily seized on the territory of the region. At the same time, he even marked his own car with Russian military symbols.

After the liberation of the Kyiv region, he tried to hide in the region. However, SBU officers located him and detained him.

During searches at his address, law enforcement officers found Russian-made food packages and mobile phones with contacts of the occupiers.

Investigators of the Security Service informed the defendant about the suspicion. 2 tbsp. 111 (high treason committed under martial law) of the Criminal Code of Ukraine.