SBU detained another collaborator: it turned out to be a blogger from Zaporozhye 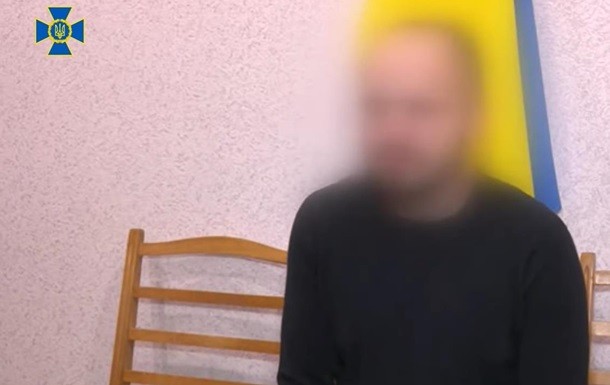 SBU cyber-specialists uncovered a blogger from Zaporizhzhya, who passed information to the aggressor about the consequences of missile strikes on the city, the special service reports on Monday, November 7.

It is indicated that the man created a specialized Internet platform, where he published photo and video materials with his own comments and a textual description of the events.. And this information was "picked up" by representatives of the Russian special services to collect intelligence on the "results" of rocket and artillery shelling.

“In addition, the pro-Kremlin propagandist Shariy actively used the blogger’s “plots” to fill his own telegram channel and carry out information and explosive activities against Ukraine. From the "overposted" videos from Zaporozhye, he prepared destructive content in which he denied the Kremlin's involvement in the destruction of the civilian and critical infrastructure of Ukrainian cities.

Also, the media files of the blogger were monitored by Russian occupation groups in the southern direction in order to correct fire strikes in the region.

SBU officers detained the attacker while trying to spread information in favor of the aggressor country. The detainee was found red-handed with a mobile phone.

The issue of bringing the defendant to criminal liability under the article on unauthorized dissemination of information about the direction, movement of weapons, weapons and ammunition to Ukraine, the movement or deployment of the Armed Forces of Ukraine or other military formations (Article 114-2 of the Criminal Code of Ukraine) is being resolved. The sanction of the article provides for punishment of up to 12 years in prison.