Led punitive raids of rashists in the Luhansk region: SBU identified the leader of the Kadyrovites 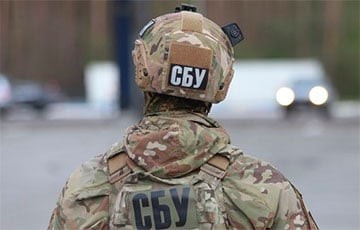 SBU identifies another Russian war criminal. During the occupation of the village of Makeevka in the Svatovsky district, the rashist organized abductions and tortures of local residents, trying to intimidate people and suppress the resistance movement in the region.
This was reported by the press service of the SBU.
It was established that he headed one of the rapid reaction units of the Akhmat of the National Guard in the Chechen Republic and hid his real name under the call sign "Jigsaw".
During the occupation of the village of Makeevka, he, along with his people, was engaged in robbery, kidnapping and torture of local residents. In particular, it is documented that in April 2022, seven Kadyrovites under his leadership broke into the house of a local resident under the guise of “cleansing” the settlement.

“During the “raid”, the attackers stole mobile phones, household appliances and money from the victim, and the woman herself was tied up and taken to the premises of the village gymnasium, where the enemy set up a torture chamber.. There, they demanded “confessions” from her in activities in favor of the Ukrainian troops.. Electric current was applied to the victim and beaten with a metal-plastic pipe,” the SBU said.

After torture, the occupiers chained the woman to a battery, and late in the evening they let her go home, but under the threat of murder, they demanded to provide them with personal information about the inhabitants of the community.
It has been established that at present the specified war criminal is in Energodar, temporarily controlled by the Russian Federation, where he commands the Akhmat-Oil Regiment group.

Criminal proceedings have been initiated against him under Part 2 of Art. 28 and h. 1 st. 438 of the Criminal Code of Ukraine (ill-treatment of the civilian population and other violations of the laws and customs of war committed by a group of persons by prior agreement).