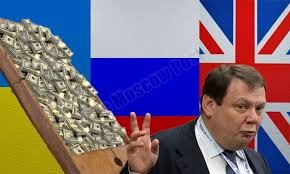 The UK National Crime Agency (NCA) detained Russian billionaire Mikhail Fridman on suspicion of money laundering, he was released on bail. This was announced by the NCA on its Twitter account on Saturday, December 3.

The NCA conducted a massive operation to arrest a wealthy Russian businessman on suspicion of money laundering, conspiracy to defraud the Interior Ministry and conspiracy to perjure himself.

In addition, they noted that the 58-year-old businessman was detained on Thursday, December 1, in his multi-million dollar residence in London.. In addition to him, two more people were detained: a 35-year-old man who worked in this house and a 39-year-old man - a former lover of the businessman's current partner.

Extensive searches by NCA investigators resulted in the seizure of a number of digital devices and a significant amount of cash. All three people were questioned by the NCA and released on bail.

The agency noted that this operation is the latest in a series of NCA interventions aimed at stopping the activities of corrupt representatives of international business and their accomplices.

Ukrayinska Pravda, citing its sources in business circles, said that it was about 58-year-old Mikhail Fridman.

The media also added that, according to the information of the oligarch's entourage, he is now at home in London.

Mikhail Fridman is a Russian-Israeli businessman of Jewish origin, a native of Lvov. Has Israeli and Russian citizenship.

Founder, co-owner and chairman of the supervisory board of directors of the Alfa Group consortium.

He is also on the supervisory board of directors of a number of subsidiaries of the consortium, the most prominent of which are Alfa-Bank/Alfa-Bank Ukraine, Veon/Beeline/Kyivstar, X5 Retail Group and IDS Borjomi International/Morshinska/Mirgorodska.

According to the US Treasury Department, Friedman has close ties to Russian President Vladimir Putin that began early in his career during the KGB era.

Recall that the International Group on Combating Money Laundering, following its plenary meeting on October 20-21, banned Russia from participating in its current and future projects.