Russian troops carried out 166 attacks on the Zaporozhye region: there are casualties 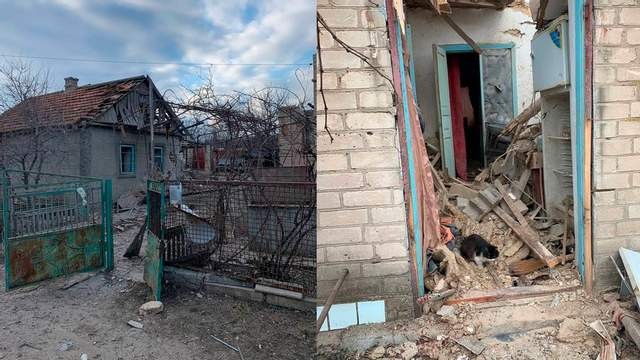 The occupiers fired at Huliaipole and Orekhov, Zaporozhye region, there are casualties. This was announced on January 21 by the head of the OVA Alexander Starukh.

According to him, over the past day, Russian shells covered 21 cities and towns in the Zaporozhye region. In total, the invaders carried out 166 attacks, 18 houses were destroyed.

"Yesterday, a woman was killed in Gulyaipole during enemy shelling.. As a result of the shelling of Orekhov, the premises of the cinema were on fire, two civilians were injured," the head of the OVA said.

Recall that recently the Zaporizhia region experienced a "record" number of attacks. During the day, the invaders carried out 224 attacks on 21 settlements in the region.

It was also reported that during the morning shelling of Volchansk on January 21, a Russian shell hit the house, there was a dead person, and a child was wounded. This was announced by the head of the Kharkiv OVA Oleg Sinegubov.

According to him, a 60-year-old woman died.

"A 45-year-old woman and a 7-year-old girl were injured and hospitalized," Sinegubov said.