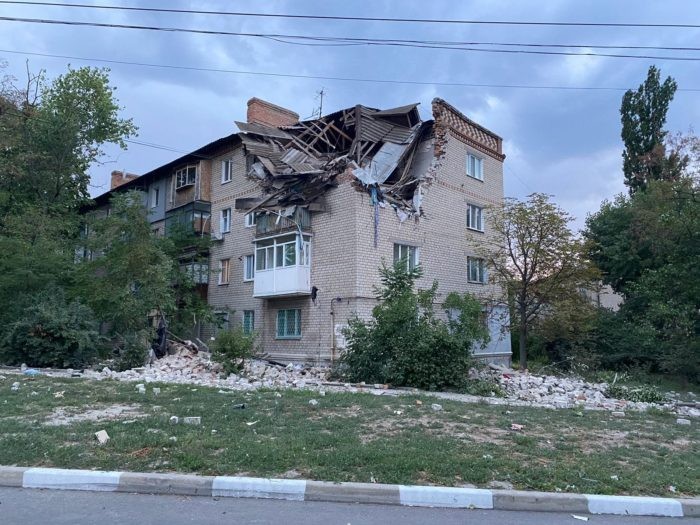 Russian troops attacked Nikopol in the Dnipropetrovsk region. A 67-year-old woman was killed in the attack, and two others were also known to be injured.

This was reported by the chairman of the Dnepropetrovsk Regional Council Nikolay Lukashuk.

"Toward night, the invaders hit Nikopol. Unfortunately, one person died. This is a woman born in 1955. Also, according to preliminary information, there are two victims. One residential building was destroyed,” the report says.

Lukashuk noted that during the day the Russian troops fired on three districts of the Dnepropetrovsk region.
In the Nikopol district, the Vyshetarasovskaya, Mirovskaya and Marganets communities were hit during the day. There are damages to several residential buildings, outbuildings, gas pipelines, power supply lines. No harm done.

The enemy also fired at the Sinelnikovsky district - the Raevsky and Velikomikhailovsky communities. In the latter, three residential buildings were damaged, one utility building was destroyed. At the scene of the shelling, rescuers found a cluster element from the "Hurricane".

Five communities were shelled in the Krivoy Rog region. The invaders ended up in the Novopolskaya, Apostolovsky, Karpovskaya, Shirokovskaya and Zelenodolsk communities. There is damage to the buildings of one of the enterprises, the roof is partially damaged in a residential building. There were no casualties.

The head of the regional council stressed that by regularly shelling the Krivoy Rog region, the invaders want to pin down the forces of the Ukrainian defenders and prevent them from moving forward.