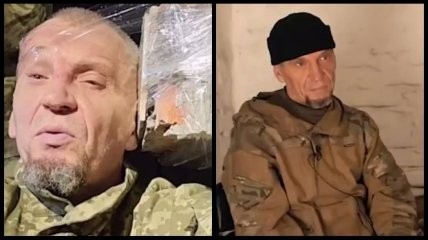 Russian social networks published a video of the execution of the ex-prisoner of the Ryazan IK-3 and a member of the PMC Wagner Yevgeny Nuzhin, who, after being sent to war with Ukraine, surrendered to the Armed Forces of Ukraine. The footage shows how the man's head was smashed with a sledgehammer. This is reported by the Russian Telegram channel Baza.

The video itself was edited in two parts: the first part is a fragment of Nuzhin's interview with a Ukrainian journalist after he surrendered. In that interview, he tells how the recruitment of prisoners to the front took place in Russia and that he specially signed up for the Wagner PMC in order to surrender in Ukraine and fight against the Russian Federation. The second part is the execution of the man itself. The man's head is duct-taped to a makeshift anvil made of brick and concrete.

He claimed that on November 11 he allegedly "was on the streets of Kyiv, where he received a blow to the head, lost consciousness and ended up in this basement."

After that, a man in military uniform hit Nuzhin on the head with a big sledgehammer.. The man fell, and the "executioner" struck another blow with a sledgehammer in the face. This video breaks off.

Also, Russian publics published an alleged commentary by the founder of the Wagner CHKV, Yevgeny Prigozhin, in which he admitted that it was his mercenaries who committed the massacre. 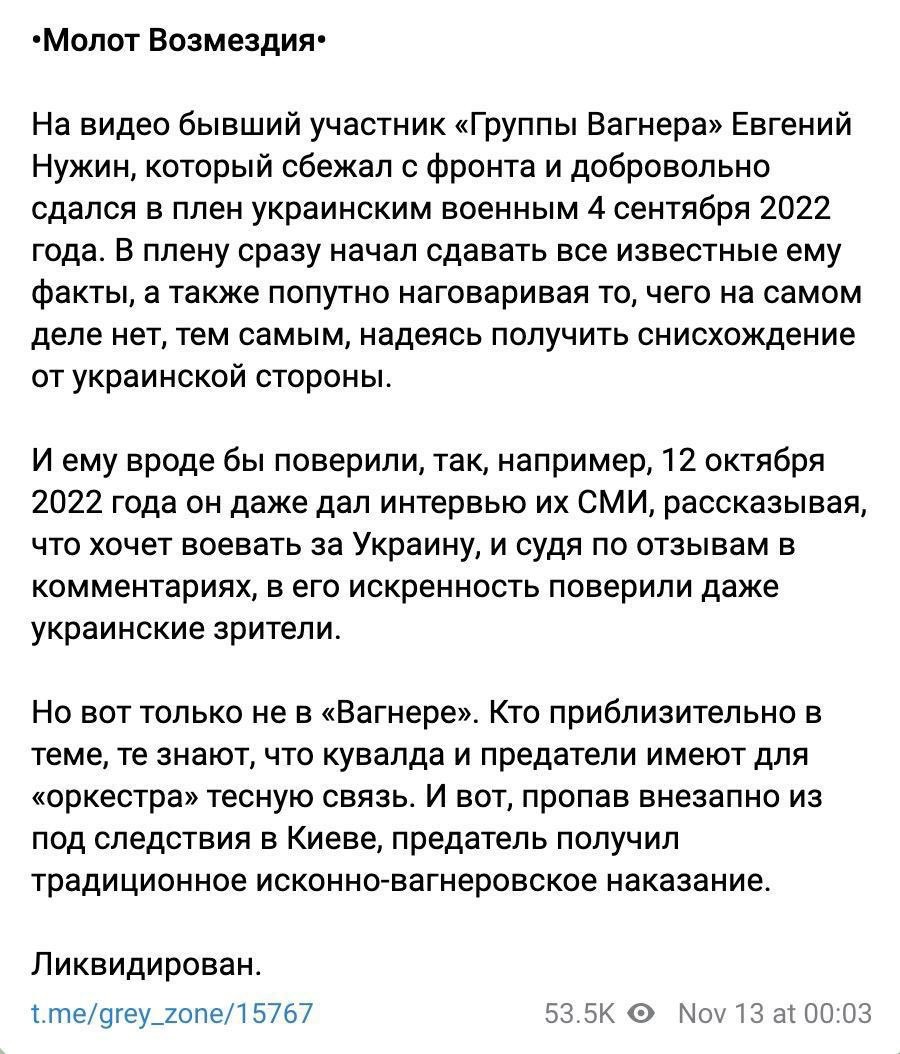 It is worth noting that the statements that Nuzhin was captured in Kyiv can be refuted: prisoners of war cannot freely walk around the city.

The Russian edition of Meduza reported that Nuzhin could have been returned to Russia during the exchange.

The media suggest that the Russian Federation, with the help of such a video, is trying to discourage the Russian mobilized from the desire to surrender to the Armed Forces of Ukraine.

As previously reported, Svetlana Babayeva, director of the regional division of the Rossiya Segodnya media holding, died in the occupied Crimea.. It is known that the 50-year-old propagandist died from a stray bullet at one of the training grounds.

In addition, the invaders announced the death of a Russian producer in Kherson. However, later it became known that it was a propagandist and an employee of the Russian special services, Oleg Klokov.