The Russian edition of The Insider published a video, which, according to journalists, depicts the operation of Russian multiple launch rocket systems from the territory of the captured Zaporozhye nuclear power plant on the night of September 2-3.

"The footage shows that the MLRS are in close proximity to the power unit," the journalists say.

Experts from the independent association Conflict Intelligence Team agreed that the footage shows the pipes of the Zaporizhzhya TPP, which is located near the station.

"Shooting is really being done from the opposite bank of the Dnieper, the camera is directed to the south. This means that the launch site of the MLRS is located to the west of the Zaporizhzhya TPP.. Also to the west of the thermal power plant is the territory of the nuclear power plant itself, but it is impossible to determine whether rockets are really launched from the territory of the plant," the CIT stressed. 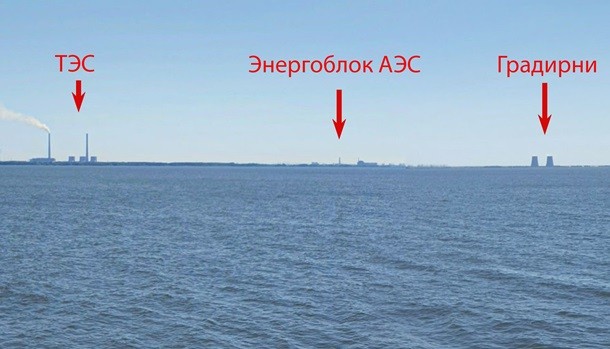 The publication recalls that the Russian military is constantly shelling power lines in order to disconnect the station from the Ukrainian power grid, hoping then to connect it to the Russian one.. In addition, the military stores ammunition directly in the premises of the nuclear power plant, which, if detonated, can lead to a nuclear catastrophe worse than Chernobyl.

On Saturday, September 3, the Zaporozhye nuclear power plant once again lost contact with the last remaining main external power transmission line, but the facility continues to supply electricity to the grid through a backup line, the IAEA said.

Later, Energoatom reported that power unit No. 5 was switched off at the Zaporizhzhya NPP on Saturday evening due to continuous shelling of Russian military communication lines.

Now the sixth power unit remains in operation, which, with a limited capacity, supplies electricity to the energy system of Ukraine through a reserve line, and also provides for its own needs of the Zaporizhzhya NPP.