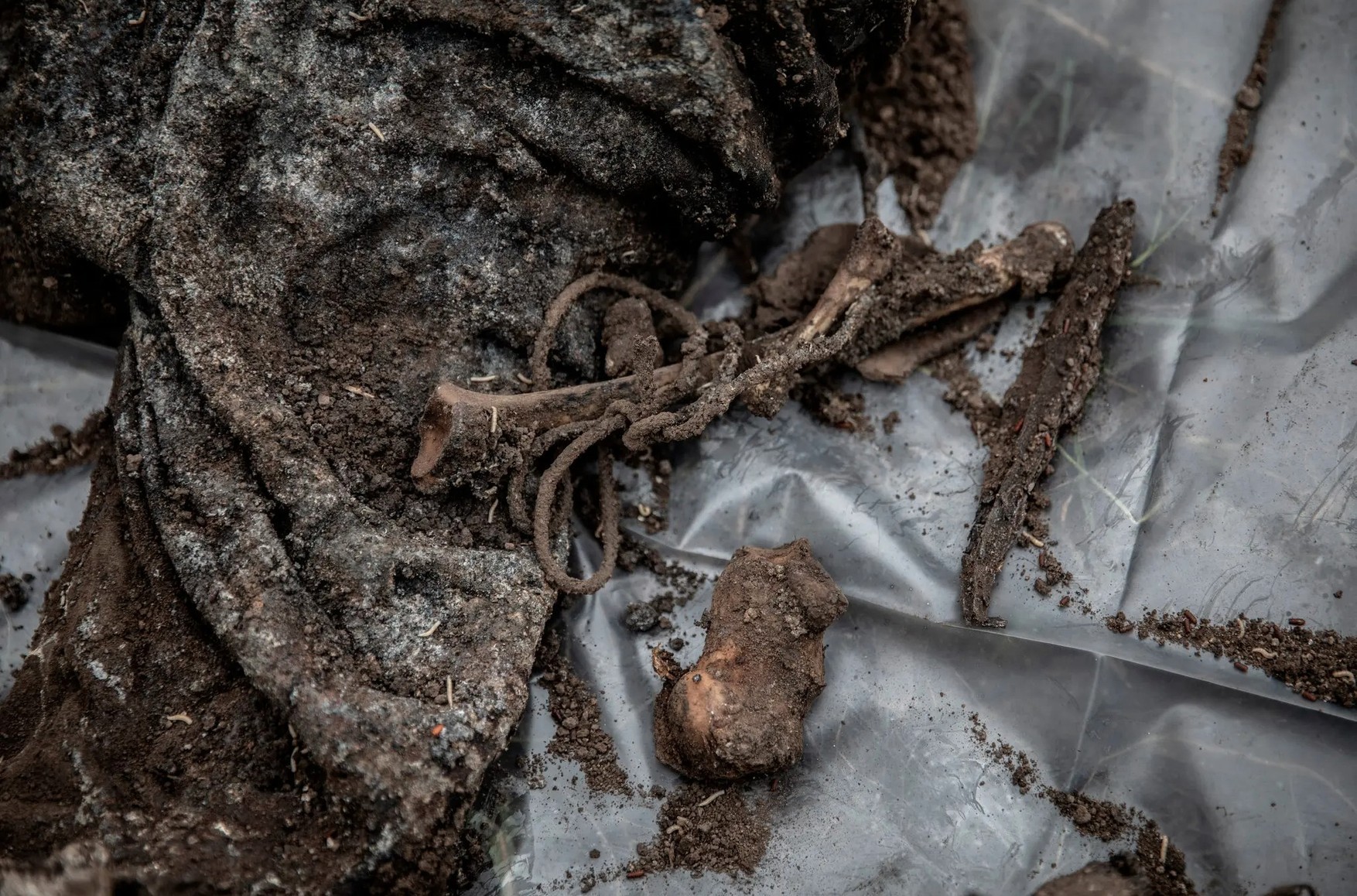 During the occupation of Kherson, the Rashists executed six people. The bodies of the murdered men were discovered on November 28 in the village of Pravdino, writes The New York Times.
The killed men worked in the village as security guards in an agricultural company, they came from another city before the start of the war. One of them was named Vlad, he became friends with a local teenage girl who was bullied by her stepfather, said a villager. When the Russian military captured the village, my stepfather began to cooperate with them. He made up a story that Vlad and other guards were spying on the soldiers, a villager told the newspaper.

In April, there was an explosion in one of the houses where the guards lived, said Anatoly Sikoza, who lived next door. He ran towards the sound and found the house destroyed, the bodies of the girl and the guards lying under the rubble, several men had their hands tied behind their backs and blindfolded, and the girl looked as if she had been strangled.

“I can say it wasn’t the explosion that killed them, ” Sikosa said.

The military did not allow him to bury the bodies for more than a month. During this time, stray dogs began to eat them. Then the Russian military allowed Sikosa to bury the dead. The girl was buried separately by her family, he said.

Before the war, 1222 people lived in Pravdino, said the head of the village. Now it has neither electricity nor water. The village has turned into a desert with bare trees, abandoned houses and long dirt roads, the correspondent of the publication describes.

The Armed Forces of Ukraine liberated Kherson and neighboring villages in southern Ukraine in mid-November. Leaving the city, the Russian army blew up nearby power plants, leaving the city without electricity, water, heating and communications.. Now Russia is bombarding the city with artillery shells almost every morning, writes NYT. Over the past week, more than twelve civilians have died under shelling.

War crimes of the Russian army were reported in many regions from which the military was forced to retreat. In April, after the Russian army left the suburbs of Kyiv, hundreds of bodies of civilians were found there. Locals in the town of Bucha reported that many of the victims were executed by Russian soldiers, most often for no reason.

The UN Commission of Inquiry into Violations in Ukraine published a report on war crimes in October. One conclusion is that the Russian armed forces are responsible for the vast majority of war crimes in the Kyiv, Sumy, Kharkiv and Chernihiv regions.