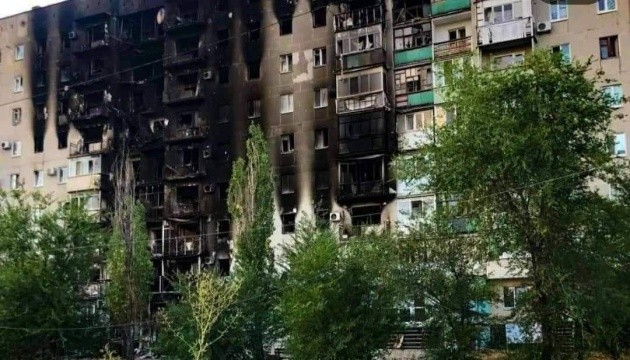 The occupiers are planning to transfer some of the captured cities of the Luhansk region to the status of settlements in order to further save costs, in particular, on social infrastructure.

This was reported by the Luhansk OVA.

"The so-called leadership of the "republic" is considering the possibility of reorganizing some cities to the level of urban settlements. Local administrations, personnel of public utilities will be canceled or reduced, they promise an even more limited budget, optimization of the network of hospitals, schools and kindergartens. There is no money, but people are holding on, watching arbitrariness of the occupiers," the OVA notes.

The Luhansk OVA also reported that the occupiers closed all the mines in the village of Khrustalnoe.

In addition, according to OVA, Russian firms that came to "launder money" completely dismantled the roofs of many high-rise buildings and disappeared. For more than a month and a half, houses have been without roofs, which is why regular flooding has occurred not only on the upper floors, but also on many others.

OVA reports that due to the increased humidity in apartments, people have no more than 15 degrees Celsius in the presence of heating. There was fungus on the walls.