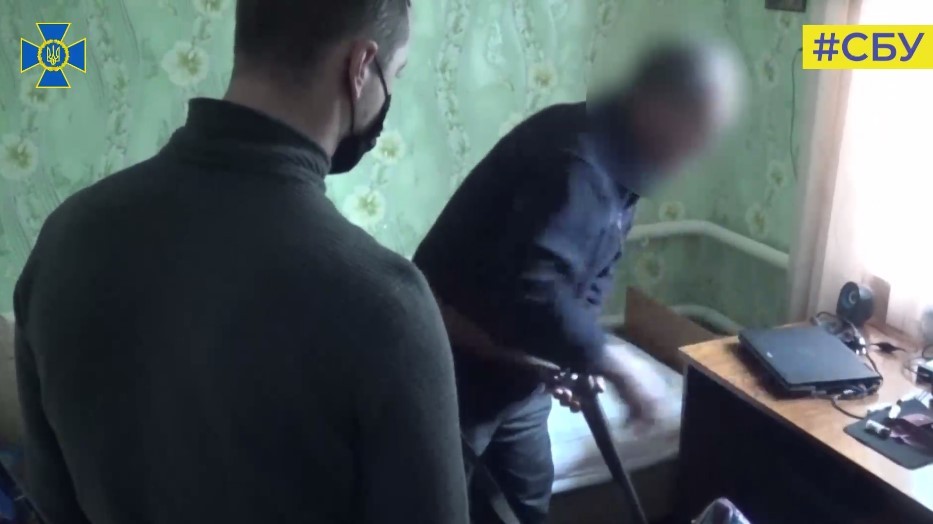 As a result of a multi-stage special operation in the Zaporozhye region, an agent group of the Main Directorate of the General Staff of the Armed Forces of the Russian Federation (better known as the GRU), which collected data on the deployment and movement of the Ukrainian Defense Forces in the South, was neutralized.

This was reported by the Zaporozhye Regional Military Administration.
As noted, the organizer of the intelligence group is a resident of the temporarily occupied Melitopol, who was recruited by the Russian special services to carry out subversive activities.
According to the investigation, her husband is a member of the occupation group of the Russian Federation and is directly involved in hostilities against units of the Armed Forces of Ukraine on the southern front..

To collect intelligence, the woman attracted her father-in-law, who lived in the regional center. It must carry out external monitoring of the movement of Ukrainian troops and photograph objects.

The suspect passed the information received from a relative to the invaders for planning and preparing a series of rocket and artillery attacks on the city.. In the event of successful completion of the tasks, the occupiers promised the woman a “leading position” in the occupation administration, and her husband – a transfer from the front line to the rear of Russian groups.

In the course of operational operations, SBU officers detained a member of an undercover group from Zaporizhzhia on an attempt to transfer classified information to Russians. Law enforcement officers informed him of suspicion and sent an indictment to the court.

And the organizers of the group reported suspicion in absentia as part of criminal proceedings on the fact of high treason, committed by prior agreement by a group of persons under martial law.

Comprehensive measures are being taken to bring the traitor to justice.