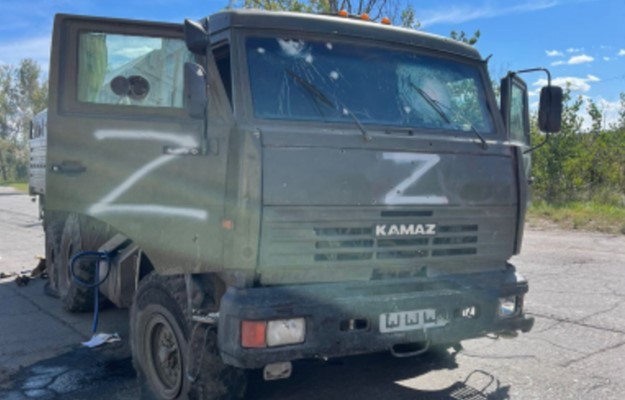 On the territories of the Kharkiv region liberated from the invaders, the Ukrainian police began to perform their duties. Law enforcement officers are asking residents of the de-occupied regions to report the crimes of the Russian invaders.

This is stated on the official Facebook page of the Kharkiv Region Police and on the website of the State Bureau of Investigation.

"Since September 9, the police have been fully carrying out their activities in the liberated territories, protecting public security and order, protecting the local population, their rights and freedoms.. The police around the clock records the facts of the commission of offenses, documents and solves crimes, including those committed by the Russian military.

It is reported that law enforcement officers are ready to counteract any provocations by the occupiers and respond to reports of found explosive objects.
The police called on residents of the liberated territories who suffered from a crime during the occupation or witnessed crimes committed by the military of the Russian army, have information that they consider important for the NPU, or have other issues within the competence of the police, to report this to numbers 102 and to the next part (050) 302-20-44.

Law enforcement officers separately asked the residents of the Balakliya territorial community, who have any information about the commission of war crimes, about collaboration activities, or the whereabouts of the occupying troops, to inform the police at the following address: Izyum district, Donetsk UTG, urban settlement. Donets, st.. Central, 29, contact phone (066) 377-71-41, or town. Donets, st. Spring, 44, call center (050) 672-57-98

The law enforcement officers also left phone numbers:
The State Bureau of Investigation reported that after the dismissal of the city of Balakliya in the settlement, the employees of the DBR, together with other law enforcement officers, are already working out information about persons who collaborated with the aggressor during the temporary occupation, and also check those who may pose a threat to national security.