Helped to smuggle ammunition: SBU reported suspicion to the head of the Kherson "seaport of the Russian Federation" 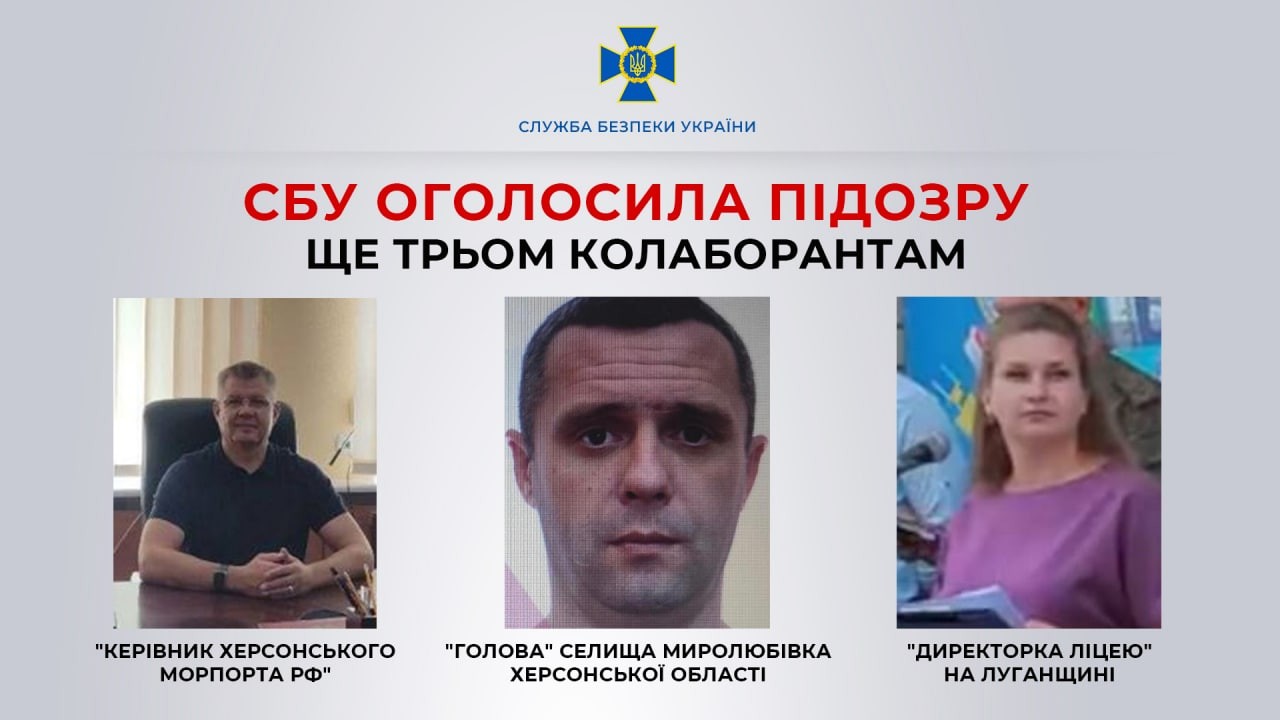 Law guards declared suspicion to the head of the Kherson "seaport of the Russian Federation", which facilitated the water crossing of enemy ammunition to the right bank of the Dnieper.

"The security service continues to systematically expose traitors and collaborators who are in the occupied areas of the south and east of our state. As a result of investigative and operational actions, three more enemy henchmen were suspected of committing crimes against Ukraine,” the message says.

Among them is the head of the “State Unitary Enterprise “Kherson Commercial Sea Port” created by Russia.

Law enforcement officers established that he provided the transfer of military equipment and ammunition of the Russian Federation for the occupation group on the right bank of the Dnieper. For this, he provided the company's watercraft, which were used in the construction of bridge crossings across the Dnieper.

Also, the "official" participated in the looting of the captured enterprises of the region's water transport industry in order to transfer the stolen property in favor of the Russian Federation.

According to the investigation, the suspect is a former official of "Ukrvodput". In June of this year, he voluntarily agreed to cooperate with the Russians and joined the ranks of the occupation administration of Kherson.

While he was informed of the suspicion under Part 2 of Art. 111 (high treason committed under martial law) of the Criminal Code of Ukraine.

In addition, in the Kherson region, the criminal activities of the "chairman" of the village of Myrolyubovka, appointed by the invaders, were documented.

From the beginning of the occupation of the village, the suspect, on his own initiative, helped the occupiers. He provided them with information about ATO participants and Ukrainian law enforcement officers. He also led representatives of the occupying authorities around the area and helped them organize logistics.

In addition, in the Lugansk region, the former director of the gymnasium in Belovodsk was exposed, who voluntarily agreed to head the local lyceum, subordinate to the occupation administration of the so-called LPR.

At the direction of the occupiers, she organized a "learning process" using Russian textbooks and manuals, and sent teachers for "retraining" in the Russian Federation.

While in office, the woman agitated the children to support the occupiers and to join their ranks in the future.. To spread pro-Kremlin propaganda, she called for the creation of cells of the so-called "youth army" of the Russian Federation in enthusiastic schools.

Currently, the Security Service has established the whereabouts of all three suspects, documented their criminal actions and is taking comprehensive measures to bring the perpetrators to justice.