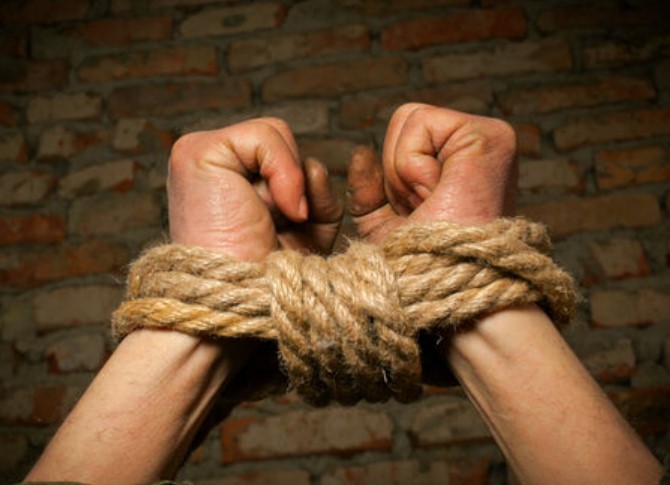 This was reported by the National Police of Ukraine.

Head of the Department for the Organization of Investigation of Crimes Committed in the Conditions of Armed Conflict of the Main Investigation Department of the National Police Kristina Podyryako said that in 2014 the so-called "DPR" also included the illegal "Ministry of State Security of the DPR" and the Kalinin Correctional Colony No. 27. That is, punitive organs for the destruction of Ukrainians.

“Illegal arrests and kidnappings, torture and detention in inhuman conditions – these are the features of their terrorist activities for non-recognition of the so-called "DPR" and cooperation with the Ukrainian authorities.

"In order to force them to confess to espionage and other far-fetched 'crimes', the prisoners were buried alive, they imitated their execution, they threatened to torture and kill close relatives, wives, children," said Dmitry Shevchuk.

He also said that one of the prisoners was tied to a metal pole face down, put on the fingers and toes of electrical wires, through which periodically, for several hours, current was applied.. During this, they poured water over him, beat him with rubber sticks on his feet.

In the case of another prisoner, they hit him with a rifle butt and kicked him, shot him in the leg and bladder. Then they took him to a pigsty, where they left him without shoes for the night, as a result of which frostbite occurred on his feet.

“The list of atrocities to which terrorists subjected Ukrainians is shocking. This is torture with electric current, systematic beatings, sexual assault, burning of the skin, gunshot wounds to the hands and feet, sawing of teeth, pulling out nails, cutting out the genitals ... And all this was accompanied by psychological pressure, ”said Shevchuk.

The police knew a lot about the criminal actions of the executioners, but carefully collected information that could help identify suspects..

The difficulty of installing the defendants was that during the torture they, as a rule, hid their faces, never addressed each other by name, but only for call signs. Therefore, victims often could not even recognize them.

However, the investigators, together with the operatives of the Department for the Protection of the Interests of Society and the State, managed to identify 17
people involved in the abuse of prisoners.
According to the investigation, in addition to the Russians, Ukrainians also joined the ranks of the punitive bodies.. All defendants are suspected of treason, participation in terrorist activities and ill-treatment of civilians and prisoners. They face up to 15 years in prison.

In Mariupol, the Russians are preparing a pseudo-trial...

In Mariupol, the Russians are preparing a pseudo-trial...