Occupants took 200,000 tons of grain from Luhansk region to Russia 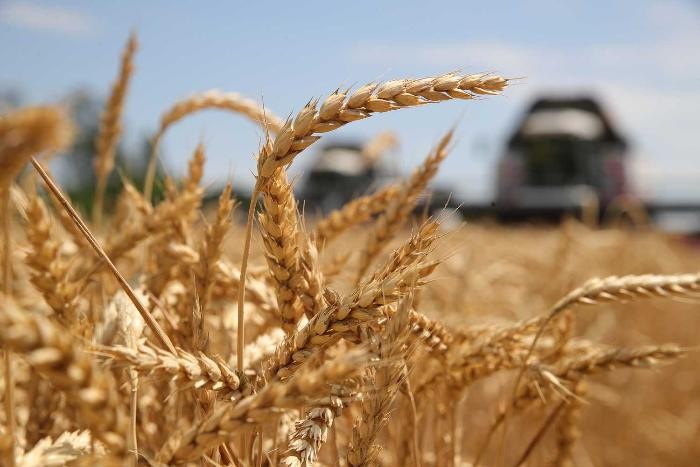 The Russian invaders took to Russia all 200,000 tons of grain harvested from the fields in the Luhansk region.

This was announced by the head of the Lugansk regional military administration, Serhiy Gaidai, with a reference to the deputy director of the Department of Agro-Industrial Development of the Luhansk Regional Military District, Lyubov Beskorovainaya, in Telegram.

"All 200,000 tons of grain harvested in the fields of Agroton were exported from the Luhansk region to Russia. According to farmers who were forced to stay in the occupied territory, the situation in the region's agriculture is approaching catastrophic," he said.

According to Beskorovayna, this year the Luhansk region expected the largest harvest in all years, even hoping to surpass the record year of 2021. Monitoring of PrJSC "Agroton" showed that in some fields the yield was up to 60 q/ha.

She noted that the farmers have done a lot of work to increase productivity, but the occupiers are now harvesting Ukrainian grain.

Beskorovaynaya added that many heads of agricultural enterprises went to safe regions of Ukraine and re-registered their businesses. But there are also those who agreed to cooperate with Russia and betrayed their partners.

In particular, LLC "Nibulon" and PJSC "Agroton", which were the social pillar of the region, were captured by an entrepreneur from Krasnodar, having an authorized fund of 2,000 rubles.

According to Beskorovaynaya, at the beginning of the year, 20,000 tons of last year's harvest remained in Agroton.. Now, on the fields of agricultural firms in the Luhansk region, another 200 thousand tons have been harvested, but all this has been exported to Russia.

The invaders also stole all the products of Nibulon.

According to Gaidai, agrarians of the Lugansk region are cooperating with international organizations that can track the full route of the stolen grain transportation.. This information will be forwarded to international courts.

The head of the OVA also said that some fields still have winter grain, because people refuse to work without money.

Also, in some territories, there is almost nothing to cultivate the land and harvest, because the Russians took out all the new equipment. In particular, 40 vehicles were confiscated from Agroton. Gaidai noted that the equipment was tracked using GPS.