Occupiers plan to involve children in voting at pseudo-referendums - SBU 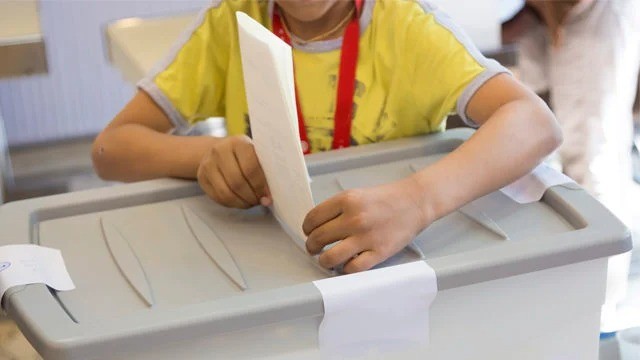 Law enforcers intercepted documents of the so-called "DPR", which regulate the involvement of underage citizens to participate in the pseudo-referendum of the Russian Federation in the temporarily occupied territory of Donbass.

It is reported by the Security Service of Ukraine.

According to the materials received, the leaders of the occupation administration of the so-called "DPR" plan to involve local residents aged 13 to 17 in pseudo-voting.

As the SBU notes, this is how the invaders seek to expand the "electoral base" of support for the accession of part of the East of Ukraine to Russia and artificially increase the catastrophic shortage of votes.

In order to strengthen control over "turnout", minors should be accompanied to the "polling stations" by their parents, guardians or representatives of orphanages in the temporarily occupied territory of the region.

Also, in order to cheat indicators of the pseudo-referendum, it is planned to involve families from the Donetsk region, who have local registration, but temporarily left for the Russian Federation.

The Russian curators instructed the so-called "Central Election Commission of the DPR" to make appropriate changes to the "election process".

It was this pseudo-state entity that drafted the relevant documents in the form of resolutions and an annex on holding a fake vote with the participation of minors.

The security service identified all organizers of illegal activities, located them and documented the crimes.

As part of criminal proceedings under h. 1 Art. 14 and part 2 of Art. 110 (encroachment on the territorial integrity and inviolability of Ukraine) of the Criminal Code of Ukraine, comprehensive measures are being continued to bring the perpetrators to justice.