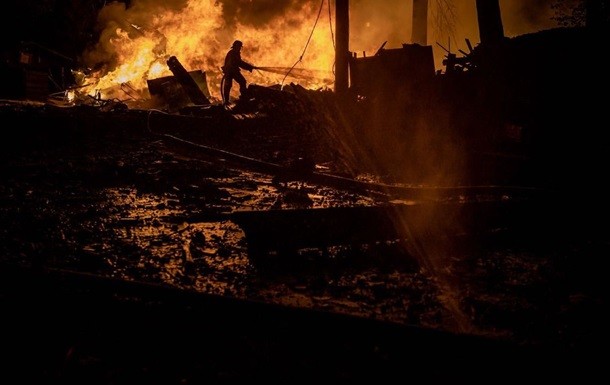 Russian troops attacked Belaya Tserkov with Iranian kamikaze drones. There is a victim.

Information about the explosions was confirmed by the chairman of the Kyiv Regional State Administration Oleksiy Kuleba.

"Kyiv region. There is information about several explosions in Bila Tserkva. According to preliminary data, the city was attacked by kamikaze drones. Because of this, fires at infrastructure facilities. There is one victim. Emergency services are already in place, working. We find out information about the destruction and the victims," he said.

One of the sources heard in the air a "characteristic sound of a moped" - such as the internal combustion engine of the Iranian Shahed-136 loitering ammunition, which the Russian invaders use for about a month in the war against Ukraine, makes.

Previously, the enemy used these UAVs mainly on the southern front and in the Kharkov region.

The details of the attack in Bila Tserkva are still unknown.

Residents of the city were asked not to neglect the safety rules and stay in shelters.

The invaders hit the Kharkiv region

The invaders hit the Kharkiv region