Another victim of Russian marauders was the Kherson Art Museum 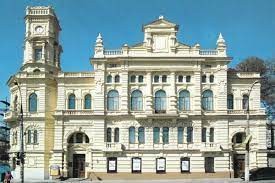 The Russian invaders plundered the Kherson Art Museum, taking everything valuable from it to the Crimea. This institution reported on Friday, November 4 on Facebook.

"The Kherson Art Museum was plundered by Russian occupiers. This is what they call "evacuation", in our opinion - looting under the slogans of "preserving cultural values," the report says.

It is noted that from October 31 to November 3, the self-proclaimed "authority" brought to the museum three to four dozen people who took out works of art and office equipment.. It is emphasized that there is no question of a delicate attitude towards ancient rarities - the paintings were not packed properly for transportation, but wrapped in some kind of rag.

The museum reported that on November 1, the occupiers loaded and took out, accompanied by people armed with machine guns in civilian clothes, three trucks and a school bus, on November 2 - two more trucks, on November 3 they took the remains by bus without armed guards. During the theft of one of the best collections of Ukraine, there were checkpoints around the museum.

“We hope to find out in the near future what exactly was illegally taken out in four days, but there is no doubt that the most valuable (XVII-XIX centuries) was taken away in the first place.. The cargo was sent to the Crimea, but it is not a fact that this is the last destination.

The so-called "evacuation" was supervised by the pseudo-director Natalia Desyatova, whom Kherson residents may know as a singer from the Teatralnoe cafe, the museum reports.. It is noted that among the museum staff there were also collaborators.

According to the current director of the museum Alina Dotsenko, the collection of the Kherson Art Museum is also "accepted" in Crimea by her former subordinates - Natalia Koltsova and Inna Burenko, who "evacuated" beforehand.

Earlier, the Kherson gauleiter allowed the withdrawal of Russian troops to the left bank of the Dnieper. He also advised the inhabitants who remained on the right bank to leave "as quickly as possible" to the left.