In the liberated territories of the Kharkiv region, law enforcement officers found 10 torture 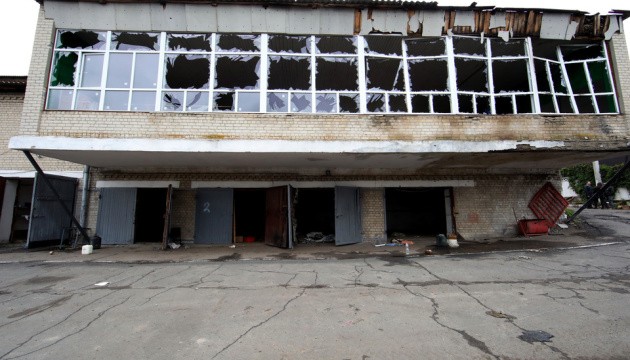 On the liberated territory of the Kharkiv region, at least ten places were found where the invaders tortured Ukrainians.

This was at a briefing on Friday, September 16, said the head of the National Police of Ukraine Igor Klymenko.

“Ten torture chambers in the de-occupied territories of the Kharkiv region have been installed at the moment. Six is the city of Izyum, in the places of deployment of the armed forces of the Russian Federation, where there were servicemen of the National Guard, employees of the FSB, representatives of the police of the Russian Federation - SOBR and other units. Two torture chambers in the city of Balakleya. One - in the village of Grakovo, Chuguevsky district, and one - in the city of Volchansk. We know for sure that people were tortured there, and we already have information about those killed there,” Klymenko said.

According to him, in Izyum, the torture chambers were located on the territory of the district administration, the local police, in the building of the SBU, the prosecutor's office, the center for the provision of administrative services and the military registration and enlistment office. In Balakliya - in the police building, in the temporary detention center, in the building of the printing house. In Volchansk - on the territory of the aggregate plant.

According to Klymenko, a 40-year-old man from Balakliya has already been confirmed killed by torture.

“This is a local farmer, tortured to death. They crushed him with a noose,” the head of the National Police said.

Law enforcement officers released Sri Lankan citizens from torture, who were captured while trying to get into Kharkov.

“In the city of Volchansk, there were seven citizens of Sri Lanka who were students of the Kupyansk Medical College. After the invaders entered the city, they tried to go to Kharkov. They were detained and placed in a cell in Volchansk, tortured. Nails pulled out with pliers. Everyone is in an emotionally unstable state. These people were in torture for several months,” Klymenko said.

He noticed that there were women in the punishment cells, in particular, in Balakliya.

“Eight women in ten square meters. On a concrete floor without personal care products. Women were humiliated. Men were tortured with electric current, bare wires were wound around their hands, connected to the appropriate devices,” Klymenko said.

The invaders tried to torture to find out information about the deployment of Ukrainian troops, possible DRGs and "sleeping" groups in the occupied territories, as well as about the participants in the ATO.

People were tortured and held for varying amounts of time - 3 days, a week, about two months.