Russian personnel are brought to the occupied ZNPP 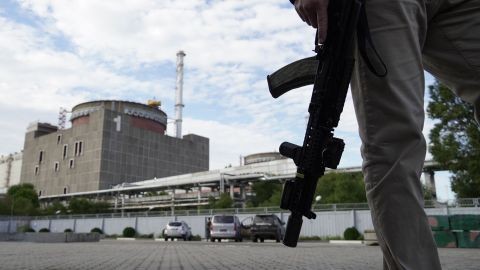 The Russians are bringing their personnel to the captured Zaporozhye nuclear power plant. This was announced on January 3 by the press service of the National Resistance Center (CNS) under the Special Operations Forces of the Armed Forces of Ukraine.

They will work instead of those who refuse to cooperate with the occupiers.

Thus, in January, it is planned to appoint Dmitry Menyaev, deputy director of the special security department of Rosenergoatom Concern JSC, a subsidiary of Rosatom, to the position of ZNPP Deputy Director for Physical Protection and Regime.

The invaders force the power plant employees to conclude an agreement with the Russian Rosatom, but the majority did not betray Ukraine, the resistance center said.

Also, the Russians began to introduce their own monitoring system on the territory of the ZNPP, the center noted. The work is being carried out by Russian specialists from Konsist-OS, which is part of the structure of the occupying energy operator.