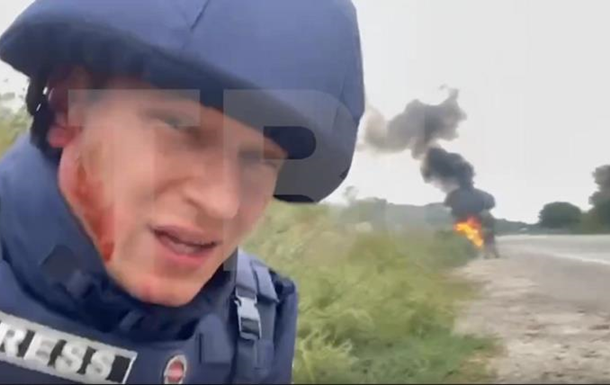 In the temporarily occupied territory of the Zaporozhye region, the car of the film crew of the Russian TV channel TV Center was blown up.

As a result of the incident, the vehicle burned down and the propagandists were injured. This was reported in the official Telegram channel of the Russian TV channel.

The incident took place on the territory of the Zaporozhye region controlled by the Russian occupation army.

According to the propagandists themselves, they went along with the occupiers to shoot a story about the alleged pulling of heavy weapons by the Armed Forces of Ukraine to the line of demarcation.

"During the movement, an explosion thundered on the road already in the so-called gray zone ... We were taken to the hospital, X-rayed. Our driver and assistant cameraman had a bruised chest. The operator was not injured," one of the Russian journalists said.

As a result of the explosion, the car of the film crew was taken to the side, after which it overturned.

According to the propagandists themselves, the Russian military began firing into the air after the incident. They assume that the explosion occurred as a result of an explosive device from a drone.