A collaborator was detained in the Kharkiv region 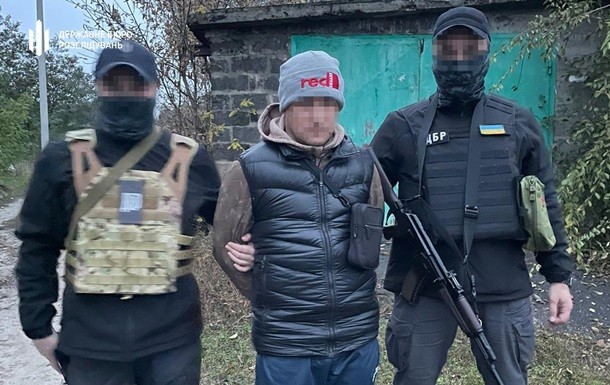 In Kharkiv, a collaborator was arrested, who was appointed by the Russian invaders as "deputy minister of industry" of the Kharkiv region.

This is reported by the State Bureau of Investigation on Wednesday, October 26.

Before the active phase of the aggression of the Russian Federation, the collaborator worked as the chief state inspector of one of the customs posts of the Kharkiv customs, and when the Russians arrived, he became the “deputy minister for industry” of the occupation administration, the report says.

It is indicated that the traitor focused on agitation of the local population. He became one of the main characters during the "celebration" of the day of the Russian flag in Kupyansk.

He also recruited personnel for the occupation customs, which was supposed to be located between the temporarily occupied part of the Kharkiv region and the so-called "LPR" and "DPR".

After the liberation of Kupyansk, the collaborator decided to escape to Kharkov, where he was detained.

The man was informed of suspicion of collaborationism and complicity with the aggressor state (part 5 of article 111-1, part 1 of article 111-2 of the Criminal Code of Ukraine). He faces up to 12 years in prison.