Ex-policeman from Volchansk, who painted "Z" on his official car, faces life imprisonment 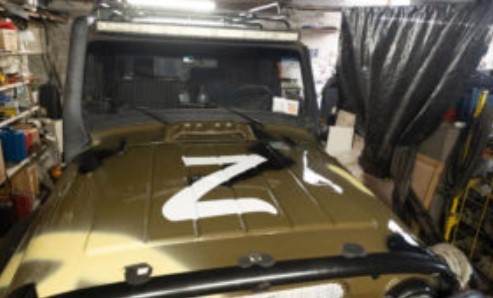 In absentia, a suspicion of high treason committed under martial law was reported to a former policeman from Volchansk in the Kharkiv region, who cooperates with the Russian occupiers.

This was told in the Kharkiv regional prosecutor's office.

The Russians occupied the city on the first day of a full-scale invasion, and the suspect took an active part in the creation of the so-called police department and took the position of detective.

“Together with the Russian military, he seized the official car of a law enforcement officer, who hid it in the courtyard of the house. Having taken the car, the suspect marked it with the Latin letters “Z” and began to use it to work in an occupying position,” the investigators say.

The prosecutor's office believes that by his actions the former policeman ensured the formation and strengthening of the authorities of the aggressor state in the occupied city.
The sanction of the article incriminated to him provides for imprisonment for a term of fifteen years or life, with confiscation of property.