The number of victims of the shelling of the humanitarian convoy has increased. Mourning in Zaporozhye 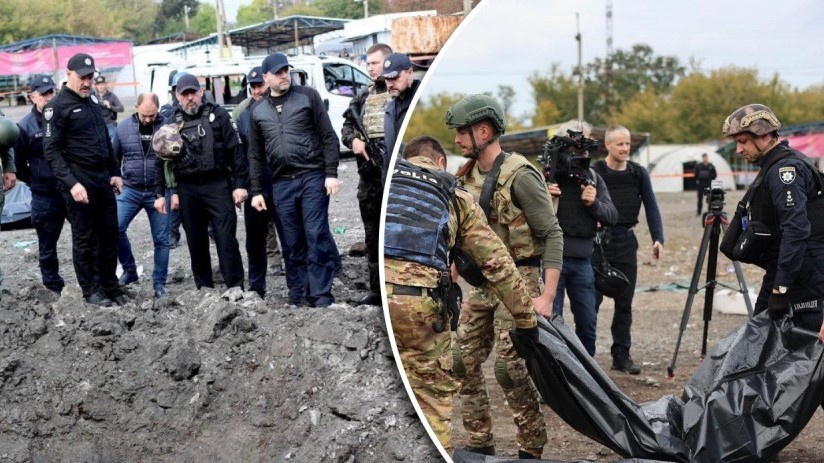 The number of those killed as a result of rocket strikes on a humanitarian convoy in Zaporozhye on September 30 increased to 30. The number of wounded also increased - there are 88 of them, Head of the National Police of Ukraine Igor Klymenko said.

"30 dead and 88 wounded as a result of another Russian war crime in Zaporozhye. Among the dead are two children: an 11-year-old girl and a 14-year-old boy. A 3-year-old girl was also injured," Klymenko said.

There are police officers among the dead and wounded.

"There are losses among the police. A 36-year-old employee of the local department of strategic investigations died. Another 27 police officers of the Berdyansk regional administration were injured, four of them in serious condition. The guys were in the service, provided law and order. Together with Minister Denis Monastyrsky, we visited the wounded police officers in the hospital and thanked them for their service.

About 80 specialists continue to work at the scene of the tragedy.

Police investigators and forensic experts help colleagues from the SBU collect evidence. Police documentation is headed by the head of the department for organizing the investigation of crimes committed during military conflicts, the Main Investigation Department of the National Police of Ukraine," Klymenko added.

In Zaporozhye October 1 is declared a day of mourning.

Recall that Russian troops on the morning of September 30 fired missiles at a civilian humanitarian convoy on the outskirts of Zaporozhye. People stood in line to go to the temporarily occupied territory to pick up their relatives or bring help.

In the morning, it was known about 23 dead and 28 wounded civilians of Zaporozhye.