9 communities of Sumy region were under Russian fire 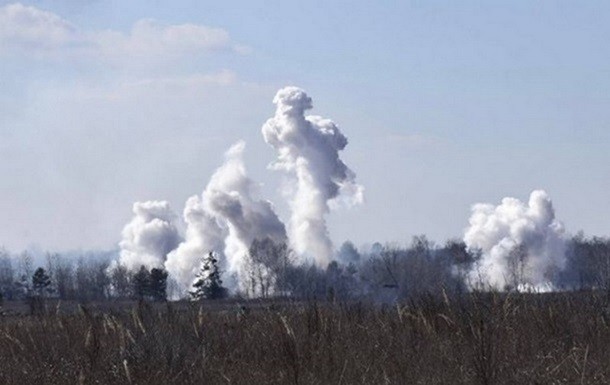 During the day, Russian troops shelled nine communities in the Sumy region, there are casualties and wounded, said the head of the UVA Dmitry Zhivitsky.

In the direction of the Seredino-Budskaya bulk, the enemy opened fire from machine guns (40 rounds) and machine guns (30 rounds).

There was also a mortar attack on Yunakovskaya from the territory of Russia, 10 arrivals.

In the Putivl community, the Russians shelled the border area from a multiple launch rocket system (MLRS), 6 arrivals.

At Krasnopolskaya, the enemy fired from self-propelled guns, 4 arrivals.

In Miropolskaya, the occupiers were shelling, 10 arrivals.

In Vorozhbyanskaya there was shelling from the territory of Russia, 15 arrivals.

"Damaged apartment building. One of the apartments was destroyed to the ground - a Russian shell flew into it. Three more houses have significant damage.

The explosions also destroyed the utility rooms of local residents: a summer kitchen, a barn, a bathhouse, a garage," Zhivitsky said.

The gas pipeline and electric lines were also broken by shrapnel, the premises of the railway and tracks were damaged.

The enemy fired mortars at the Esmansky bulk, 37 arrivals. There was also shelling from the territory of Russia - 10 arrivals. In the village of Kucherivka, the enemy fired 30 rockets from Grad.

"As a result of the shelling, one young woman was killed, three more were injured. They are residents of the same house, members of the same family, where there was a direct hit by explosives," the head of the IVA said, adding that two babies were left without a mother.