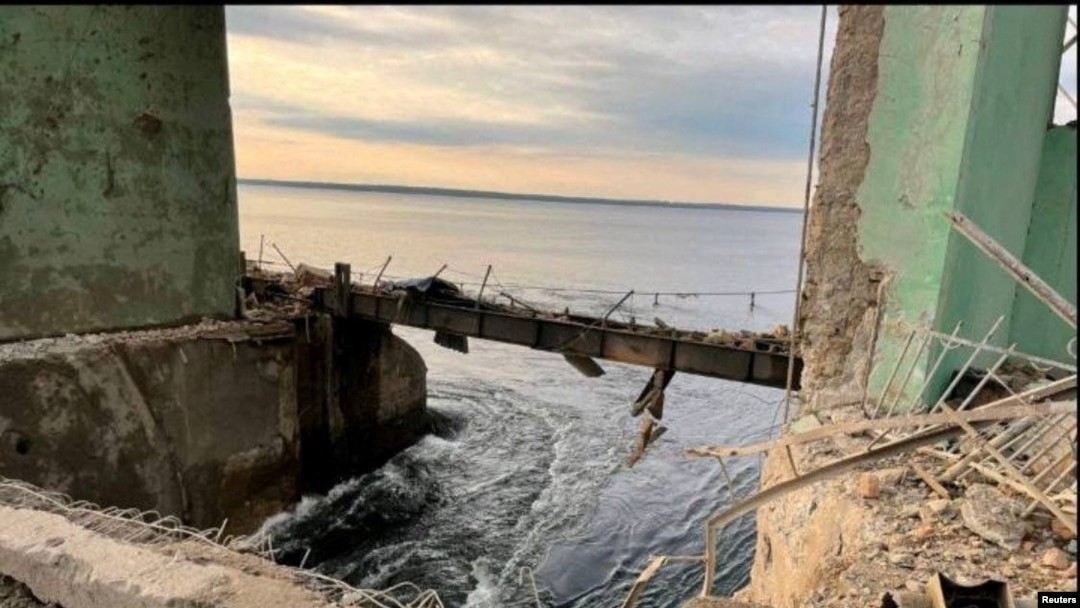 President of Ukraine Volodymyr Zelensky commented on the strikes of the Russian Armed Forces on Krivoy Rog. He made part of the statement in Russian, addressing the Russian military.

“Today, your missile attacks, Russian missiles on Krivoy Rog, on the dam of the Karachunovsky reservoir, on objects that have no military value at all, in fact on hundreds of thousands of ordinary civilians, this is another reason why Russia will lose. It will lose not only this war , but the story itself. History is written by people, non-humans - never. Who will you remain in history? All those who hit with these missiles. Those who came to our land. Weaklings. You are weaklings who fight civilians. Scoundrels who, having escaped from the battlefield, are trying to harm from somewhere far away. Terrorists who will be ashamed of their own grandchildren, you will remain.

Events show that the only way out for Russian soldiers is to surrender to Ukrainian forces. Only this guarantees them the preservation of life and attitude in accordance with all conventions. Every Russian soldier should have already understood that only in Ukrainian captivity, no one will use him as cannon fodder in a war obviously losing for Russia, " Zelensky said.

The President added that a missile attack on the dam in Krivoy Rog would not save the moral and psychological state of Russian soldiers.

"They realized that the Russian command was mediocre, and that they were expected to be defeated in Ukraine in all directions. Russia will not fix this with any terror, because terror only confirms the weakness of those who resort to it," Zelensky continued in Ukrainian.

Recall that on September 14, Russian troops hit the city's hydrotechnical infrastructure with Kinzhal and Iskander missiles, said Alexander Vilkul, head of the military administration of Krivoy Rog. As a result, the water level in the Ingulets River rose by two to three meters.
According to Vilkul, 112 private houses and summer cottages were flooded. At night, to eliminate the accident, controlled explosions of the dam were carried out in order to increase the river's capacity.. By the morning of September 15, the flow of water in the river decreased and its level began to subside.