During the day, the enemy inflicted 44 shelling from the MLRS - summary 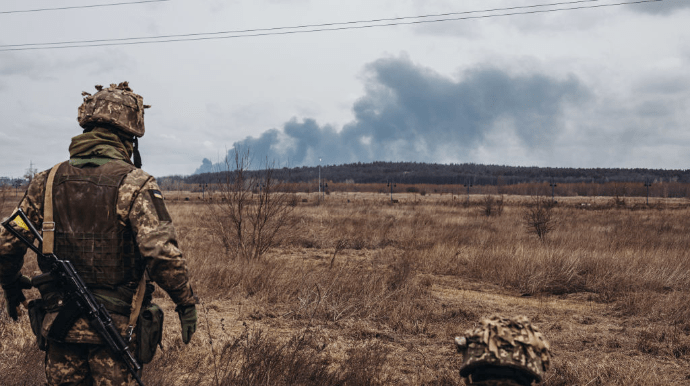 Over the past day, the Armed Forces of Ukraine repelled the attacks of Russian troops in the areas of eight settlements.

Based on the summary of the General Staff of the Armed Forces of Ukraine on Facebook.

“Over the past day, the enemy launched 2 missile strikes and fired 44 rocket launchers.. At the same time, units of the Defense Forces of Ukraine repulsed the attacks of the invaders in the areas of the settlements of Novoselovskoe and Stelmakhivka in the Luhansk region and Dilievka, Krasnogorovka, Vodyanoye, Vesele, Maryinka and Pobeda in the Donetsk region," the report says.

In the Volynsky, Polessky, Seversky and Slobozhansky directions, the situation has not changed significantly, the enemy maintains a military presence along the state border, and no signs of the formation of his offensive groupings have been found.

In the Kherson direction , the civilian infrastructure of the settlements of Berislav, Vesele, Sadovoye, Antonovka and Stanislav of the Kherson region and the city of Kherson suffered from shelling by the invaders.

The General Staff reported that on December 25, Ukrainian servicemen hit the concentration of manpower of Russian invaders near Novobelozerka, Vasilyevsky district, Zaporozhye region. Enemy losses amounted to 100 soldiers dead and wounded. Among them - 15 employees of the FSB of the Russian Federation.

During the day, the aircraft of the Defense Forces attacked the area where the occupiers were concentrated.