APU forced the invaders to retreat in several directions 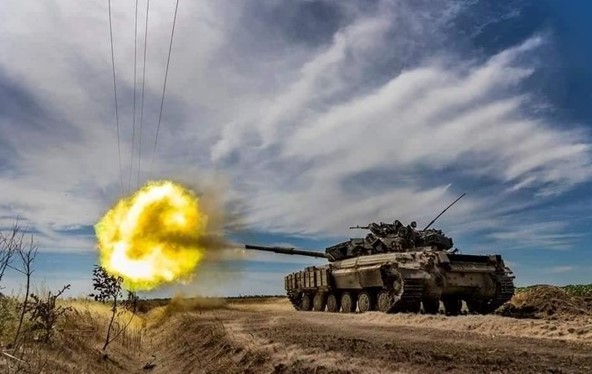 The General Staff of the Armed Forces of Ukraine published a summary of the military invasion of the Russian Federation as of Monday evening, July 18.

In the Seversk direction, the enemy fired mortars near Atinsky, Sumy region.

In the Kharkiv direction , the enemy continues military operations in order to prevent the advance of our troops towards the state border, fires at the positions of the Armed Forces of Ukraine in the areas of Kharkov and the settlements of Udy, Prudyanka, Slatino, Borshcheva, Russkiye Tishki, Pechenegy, Chuguev and Lebyazhye, launched air strikes near Prudyanka , Frontier and Upper Saltov.

In the Slavic direction, the enemy is trying to improve the tactical position of his units in the direction of Izyum - Barvenkovo. He carried out shelling from artillery of various calibers in the areas of the settlements of Chepol, Karnaukhovka, Vernopolye, Bogorodichnoye, Dibrovnoye, Dolina, Krasnopolye and Adamovka. Air strikes were recorded near Prudyanka and Bogorodichny.

Ukrainian fighters inflicted losses on the enemy and threw him back when he tried to advance in the direction of Brazhevka and Dmitrovka.

In the Donetsk direction, the enemy continues to attack in the direction of the cities of Bakhmut and Seversk.

The enemy fired from tanks, cannon and rocket artillery into the areas of Tatyanovka, Donetsk, Dronovka, Grigorievka, Starodubovka, Seversk and Nikolaevka. Inflicted an airstrike near Verkhnekamenskoye. Conducted aerial reconnaissance UAV.

In the Bakhmut direction , the enemy fired at our positions near Vymka, Berestovoye, Belogorovka, Pokrovsky, Vesela Dolina, Kurdyumovka, Maiskoye and Shumov. Inflicted air strikes in the areas of the settlements of Berestovo and Pokrovskoye.

"Our defenders repulsed the enemy assault in the direction of Mironovka - Uglegorskaya TPP," the General Staff stressed.

On the Avdeevsky direction , the enemy stepped up the conduct of hostilities, tried to improve the tactical situation on the Verkhnetoretskoye - Kamenka direction, but withdrew with losses.

In the South Buzh direction , the enemy is concentrating his efforts on holding the occupied lines and preventing the offensive of the defense forces.

In readiness for launching missile strikes on objects on the territory of Ukraine, the occupiers are holding two carriers of high-precision weapons.