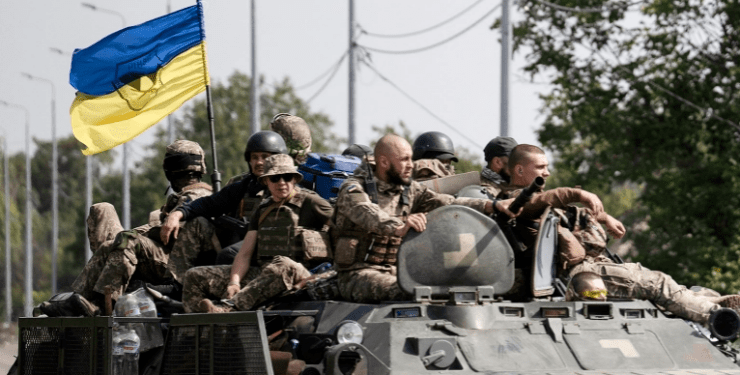 During the day, the Ukrainian military ousted the enemy from more than twenty settlements, in particular, by the morning of September 12, the Russian army had to leave, including the villages of Veliky Burluk and Dvurechnaya in the Kharkiv region, the city of Svatovo in the Luhansk region.
This is stated in the morning summary of the General Staff of the Armed Forces of Ukraine.
During the retreat, Russian troops abandon their positions and flee deep into the occupied territories or into Russia. Over the past 24 hours, during the retreat, Russian military personnel took with them the property and cars stolen from local residents from the villages in the Kharkiv region, the report says. According to the General Staff, Russia is now concentrating forces to establish control over the territory of the Donetsk region, maintain temporarily occupied territories and disrupt the offensive of Ukrainian troops.

As a result of the counteroffensive in the Kherson direction, Russia suffered significant losses in manpower. The report states that the 810th separate guards brigade of the marine corps (a point of permanent deployment in Sevastopol) has lost almost 85% of its personnel.

Also, the General Staff stressed that the threat of air and missile strikes throughout Ukraine is now preserved. Over the past day, the Russian Federation launched "18 missile and 39 air strikes on military and civilian targets on the territory of Ukraine."

“More than 30 settlements were affected, in particular Kramatorsk, Konstantinovka, Dnipro, Pavlograd, Velikomikhailovka. the Russians committed another terrorist act - they launched a missile attack on the Kharkiv thermal power plant, an object of the city's critical infrastructure. As a result, several areas were partially de-energized,” the report says.

The Armed Forces of Ukraine destroyed one UAV of the Orlan-10 type, shot down one Kh-59 guided missile, four Kalibr missiles and five Kh-101 missiles.