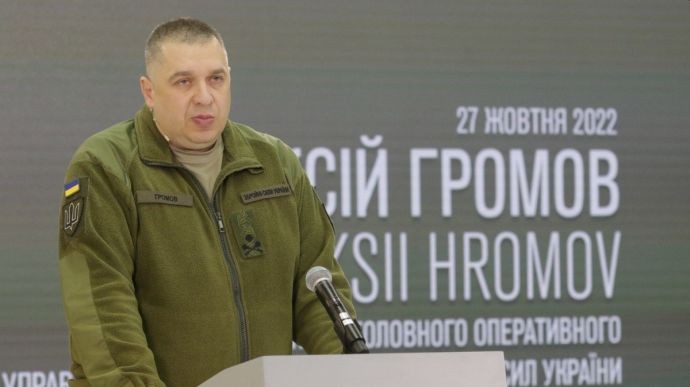 Russian troops in Belarus are not enough to form shock groups and further offensive, Brigadier General Aleksey Gromov, Deputy Chief of the Main Operational Directorate of the General Staff of the Armed Forces of Ukraine, said at a briefing.

"The enemy is training on the territory of Belarus. There are now more than 11 thousand personnel, more than 400 pieces of military equipment. Today, the group of Russian troops deployed in Belarus, as well as in the Bryansk and Kursk regions of the Russian Federation, is half the size of the group involved in the attack on Kiev in February 22," Gromov said.

He added that even if all Belarusian military units from the ground forces and special operations forces are involved, the total grouping of Russian troops will number about 30 thousand people: "Which is still less than the one that participated in a full-scale invasion."
According to Gromov, Russia is expanding its control over the military airfields of Belarus.

"Work continues on the additional equipment of the Machulichi, Baranovichi, Luninets airfields and nearby infrastructure. Machulichi is planned to be turned into a key logistics hub for the needs of the Russian Federation," the general said.