Up to 9,000 Ukrainian defenders killed in war with Russia - Zaluzny 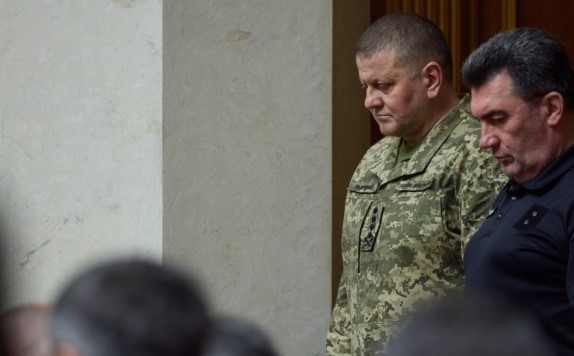 Commander-in-Chief of the Armed Forces of Ukraine Valery Zaluzhny said that during the full-scale invasion of Russia, about 9 thousand defenders of Ukraine were killed.
The commander-in-chief noted that not only the military, but also all Ukrainian children, who are "not guilty of anything at all, except for the fact that they were born here and at this particular time," take part in the war..

Also participants in the war, according to Zaluzhny, are women who, like wives or mothers of military personnel, find themselves under the rubble of their own houses, where Russian shells fall.
However, he did not specify whether the figure refers only to the military personnel of the Armed Forces of Ukraine or other formations, and what period it covers.
At the same time, Zaluzhny stressed that the Ukrainian defenders, who are now defending the country at the front from Russian invaders, are in constant hell and can only rest when they change the place of combat missions.
“We, the servicemen of the Armed Forces of Ukraine and belonging to the defense forces, who every day, every minute, smell the death nearby. This smell cannot be confused with anything, it is always there, the taste of blood that does not disappear, even if you try to drown it out with something else, it does not disappear. It is the taste of bitter tears - it does not disappear, and it is a constant hell. And the only rest for today is the change from one hell to another, and during this period between changes in the two locations for performing combat missions, there is rest. And these people, God forbid, will soon return, of course, with victory,” the Commander-in-Chief of the Armed Forces of Ukraine emphasized.
In June, President Volodymyr Zelensky said that between 60 and 100 soldiers die in war every day and called the situation "very difficult". In July, according to Zelensky, the situation changed and up to 30 soldiers per day died at the front.
At the same time, in Russia, the military-political leadership hides the number of military dead in the war. Only twice since February 24, the Ministry of Defense of the Russian Federation reported the dead: on March 2, there were allegedly 498 people, and on March 25 - 1351.

To hide heavy losses, the bodies of the occupiers are taken home at night and in small batches.. According to the General Staff of the Armed Forces of Ukraine, as of August 22, the loss of personnel of the Russian army in Ukraine is 45,400 people. To bury the liquidated military, we need a territory, more than 24 football fields.