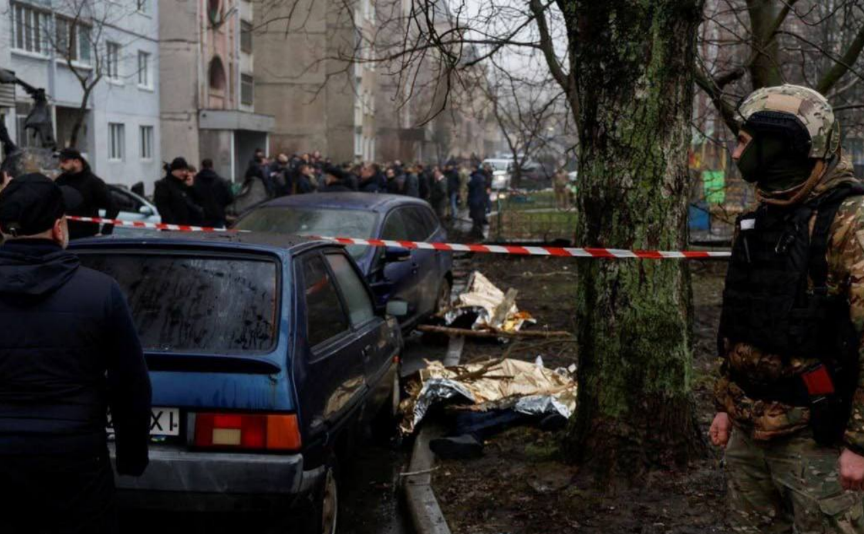 Prime Minister of Ukraine Denys Shmyhal ordered the creation of a special group to investigate the circumstances of the air crash in Brovary, which killed 18 people.
There were 9 people on board the helicopter, including the leadership of the Ministry of Internal Affairs, all of them died. The remaining 9 dead are children and adults who were in kindergarten.

"The tragedy in Brovary. As a result of the helicopter crash, at least 18 people died. Among them are Minister of Internal Affairs of Ukraine Denis Monastyrsky, his deputy Yevgeny Enin, State Secretary of the Ministry Yuriy Lubkovich. A big loss for the government team and the entire state," he said.

Prosecutor General Andrey Kostin added that the case is under his personal control.
According to the speaker of the Armed Forces of Ukraine Iriy Ignat, the commission will investigate the causes of the crash.

"It will not be 1-2 days, because the study of the crash takes a certain time. A state commission will be created, which will include various aviation specialists. They are investigating the causes of what happened and what factors influenced the fact that the helicopter crashed," Ignat said.

Ignat explained that it was necessary to study all the information: in particular, the radio traffic and the technical condition of the helicopter. This will last at least a few weeks, because the technical study takes some time.