In the next six months, the Russian Federation will try to return the initiative to the battlefield - ISW 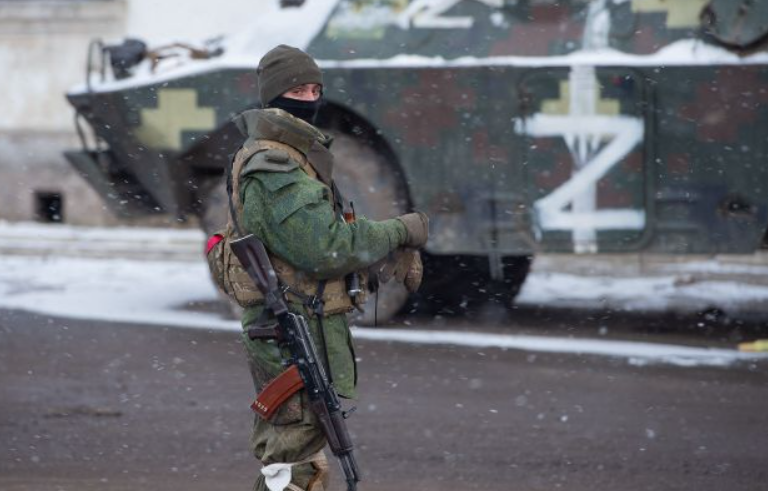 Over the next six months, Russia will be preparing for decisive strategic action to regain the lead and end Ukraine's current string of operational successes.

This is reported by the Institute for the Study of War (ISW).

Over the past eleven months, Russia has failed to achieve most of its key operational objectives in Ukraine, analysts say.. In particular, Russian troops failed to capture Kyiv, as well as the Donetsk and Lugansk regions, hold on to gains in the Kharkov region, or hold on to the strategic city of Kherson.

At the same time, General Sergei Surovikin’s Russian campaign against Ukraine’s critical infrastructure in late 2022 also failed to produce significant operational results and did not demoralize Ukrainian society, as the Kremlin likely hoped.. At the same time, Russian President Vladimir Putin and other Russian officials keep repeating that the Russian Federation has not abandoned its maximalist goals despite the defeat of Russian troops on the battlefield.

"While Putin has not changed his aims in the war, there is evidence that he is changing fundamental aspects of Russia's approach to war by making several efforts in new directions," ISW notes.

In particular, the institute analyzed several areas of Russian efforts that are supposedly focused on supporting active offensive operations in the next six months.
1. The Kremlin is stepping up both short-term and long-term efforts to build forces.

Putin and the Russian Ministry of Defense announced plans for a radical expansion of the Russian Armed Forces through the formation of new divisions, the restoration of military districts in the west of Russia and an increase in the draft age, says ISW.

"All this points to Russia's intentions (although probably not the ability) to reform the Russian armed forces to conduct large-scale conventional warfare," analysts say.

In addition, Ukrainian intelligence has reported that the Kremlin is aiming to bring the number of military personnel up to two million people, compared with about 1.35 million people as of September 2022, and Western intelligence officials noted that the Russian military command is "seriously preparing" for a possible second wave. mobilization.
2. The Russian armed forces retain mobilized personnel for future use.

"This is a departure from the Kremlin's original approach," the statement said.

The ISW recalled that on December 7, Putin said that the Russian armed forces had not yet deployed all mobilized personnel from the first wave of mobilization to the front line.. Analysts suggest that time is needed to train and equip these forces for later concentrated use.

"Conventional Russian forces (unlike the Wagner Group and DPR/LPR proxy forces) did not carry out major offensive operations and largely maintained defensive positions after a series of successful Ukrainian counter-offensives in the summer and autumn of 2022," the message says.

3. Russia is trying to revive its military-industrial base.
In December, the Kremlin began to pay serious attention to the revival of the Russian defense potential, writes ISW.

"Since December, Putin has held several meetings at the highest level and visited defense enterprises throughout the country.. Putin has publicly acknowledged supply problems, such as a shortage of reconnaissance drones, and in particular demanded that one of his ministers award contracts for government defense purchases at a shorter time than planned.

In addition, Putin and other Kremlin officials have also had vague discussions about how the Russian authorities might nationalize property to support Russia's military efforts.
four. Russia changes command of the operation.

The ISW recalled that the Russian Ministry of Defense changed its leadership in the war against Ukraine, appointing Valery Gerasimov, Chief of the General Staff, commander of the theater of operations.

The Kremlin is also bringing back the initial war planners and belatedly trying to fix the flaws in the command structure.. General of the Army Sergei Surovikin and previous commanders of the Russian theaters of war failed to carry out the decisive operations that Putin, probably unrealistically, intended to carry out.

five. the Kremlin is strengthening the preparation of the Russian information space to support the war.

The Kremlin is shaping the media space to revive support for the invasion, reintroducing narratives prior to Feb. 24 and taking steps to regain control of war coverage after previously ceding that space to a plethora of independent actors .

In particular, in late 2022, Kremlin officials resumed circulating claims that the existence of an independent Ukraine threatens Russian sovereignty and culture, justifying the ongoing Russian invasion and ongoing Russian casualties with inevitable and necessary “self-defence” measures.
At the same time, the ISW notes that the Kremlin’s efforts to prepare for the likely planned decisive strategic actions in 2023 do not exclude the Kremlin’s efforts to create conditions for a protracted war.

ISW does not predict Russia's 'last attempt' to win war in Ukraine. The war will not end and Russia will not necessarily lose if any of the possible actions discussed below fail.

Freedom Matrix
Теги: institute for the study of war war with russia putin russian aggression the kremlin's plans russia's war against ukraine in particular in the message.