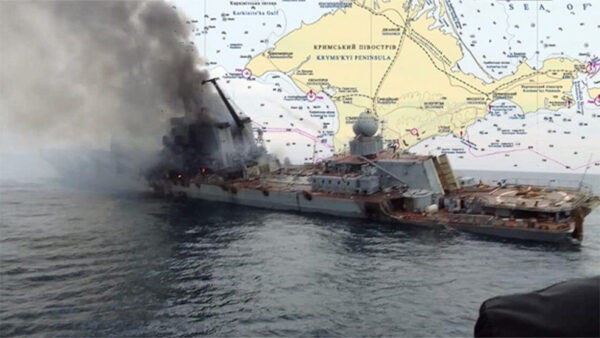 We will sink the Black Sea Fleet of the Russian Federation, with such a loud title, The Times published an interview with Deputy Minister of Defense of Ukraine Volodymyr Gavrilov, who is visiting the UK, where he is watching the exercises of Ukrainian troops.

The Ukrainian military was building up its own anti-ship missile capability and waiting to receive longer-range weapons from other countries before launching an assault, Gavrilov said.

"Sooner or later we will target the fleet. This is inevitable because we must guarantee the safety of our people.. We are ready to attack them all over the Black Sea, if we have such an opportunity," the deputy minister stressed.

He noted that the process of "cleansing" the Black Sea began with the surrender of the Snake Island by the Russian military. In parallel, the Armed Forces of Ukraine have been building up their own anti-ship missile potential for a long time, but have not yet dared to enter into an open confrontation with Russia.
According to the deputy minister, the Ukrainians did not storm, expecting longer-range foreign weapons. He added that Russia must give up Crimea if it wants to continue to exist as a state.

"They must pay for their aggression," concluded the major general of the reserve.